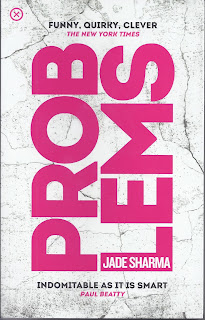 The top executives of contemporary trans-national conglomerate publishing have the same dream and it’s a wide screen Cola advertisement where all are Represented and all have happy smiles and deodorised armpits. No one is angry, no one smells, and no one says Fuck you.

It’s a dream world in which, ideally, Philip Larkin will not write a poem about Your Mum and Dad but if he does then the line will continue they f*** you up. The Cola advertisement is a happy snap of a Sunday school outing, everyone on their way to Heaven because it’s not strictly true that everyone is Represented.

The bad guys aren’t Represented, all those unpleasant people who get angry, smell, swear and who it was always a mistake to invite along in the first place. They probably drive old Ford cars and they will never get to Heaven.

This novel is a refreshing read, brought to the public originally by a small American independent publisher and picked up in the UK by another independent. It’s not a conglomerate book.  It’s first person narrator, Maya (a name which means Illusion), is a drug addict who is enthusiastic enough about sex to be classed by Sunday school as a sex addict, and who is foul-mouthed and opinionated. She is angry, she smells, and she says far worse than Fuck you. Her life is a mess and Jade Sharma does not spare us the details, creating a novel in the tradition of those which animate their characters through their pissing, shitting, puking, fucking and jerking off. It’s not a book I would recommend to a polite Book Group.

It held my attention for its 220 pages, even though there is always going to be a hazard in making a novel out of someone who is heading towards dereliction. The writing is smart and funny. I guess it belongs in an American tradition which includes William Burroughs, Hubert Selby and Kathy Acker.