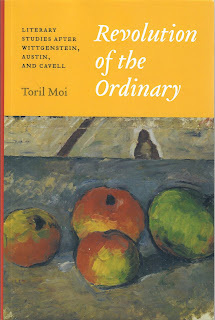 There are so many universities in the world that we have only estimates of their number; an App can’t track them because some don’t call themselves universities (MIT and many others) and because some are bogus. But I’m fairly confident that spread across those universities there are thousands of Departments which offer undergraduate degrees in Literature, most commonly the Literature of the country in which they are based or, at least, written in its national language.

I’m also fairly confident that poems and novels are always taken as exemplary for Literature and that survey courses which introduce students to representative samples of different periods and genres within the national literature are very common. It’s for that reason that I can walk into my local bookshop and buy cheap, well-edited editions of nineteenth century English language novels easily identifiable by their black Penguin Classics spines. I benefit from the student demand for these things.

Undergraduates are expected to read the representative material assigned and quite often do. But what else are they supposed to accomplish? For over a century now departments of Literature have struggled to make their work - well, more disciplinary. Various approaches have been proposed and almost certainly more approaches than in the harder sciences where a textbook author can even dream of writing a book which will be used world-wide - at school in the 1960s my textbook for Economics was simply called “Samuelson” and probably got close to having world-wide success outside the then Communist world.

To begin with, the new Literature departments could trade off what was already an established way of responding to poems and novels which could be found in pre-1914 European and North American journals, reviews, and newspapers where Response often took the form of assuming a moral high ground from which, in particular, immorality could be seen for what it was. Literature was often immoral and readers needed to be told that in their own interests. How else could they know which novels to buy for themselves but keep from their servants (for whom a separate category of improving literature was available - The Blind Washerwoman, and such like). The new university departments could easily accommodate to such disciplinary activity and still do though nowadays there is much debate as to whether students are in the same category as servants and to be protected from immorality. Remarkably, students can now be found who will, in any case, demand protection, whereas In My Day ….

Beyond moralising raps on the knuckle the next most common form of Discipline was the demand that students Pay Attention to the words on the page in such a way that they would not attribute character traits or motives or moods or conclusions clearly contradicted by words to be found at page 123 et seq.

You could read Toril Moi as urging the case for a more subtle and sophisticated version of that kind of (elementary?) discipline, basing herself on the later philosophy of Wittgenstein as mediated by Stanley Cavell in particular. Literature makes use of ordinary language to do fairly extraordinary things and paying careful, engaged attention to it - and to one’s own responses - is the way in.

But is the way in also the goal and conclusion? When you’ve read something attentively is that it?  Toril Moi does not think so - she is not trying to resurrect what was once called the New Criticism whose advocates would tell you very firmly that if it wasn’t on the page you had no business talking about it and that if you did talk you couldn’t expect an A or even a B.  Like Rita Felski who uses the “flat” ontology of Bruno Latour [see my review of Felski’s Hooked on this site, 24 February 2022 ], Moi accepts that to fully appreciate (acknowledge) what the words on the page are being used to do it may be entirely appropriate to draw attention to the author’s biography, to the historical circumstances in which the book was written, to the author’s assumptions about likely or desired readers, to the author’s awareness of current censorship practices (an awareness which, in my reading, for example, blights Oscar Wilde’s The Picture of Dorian Gray, this site 16 August 2021). She wants us to think of poems and novels as forms of action or enactment connected to situated human existence and not detached “texts” which could have dropped from the skies.

But at the same time she wants to resist the approaches of those who just want to put the “text” through a grinder - Marxist, Freudian, Feminist, Post-Colonial ….. basically in order to demonstrate how the work Fails but, as just reward, enables the grinder-operator to get an A. She is interested in keeping a mind which is at once open and informed so that the “text” has a chance to lead us to new ways of looking at things which we may otherwise take for granted. At page 211, for example, she separates Viktor Shklovsky from other formalists and says that he got things right when he championed defamiliarization as something rather more than simple “technique”. I agree - and the idea itself can be found a century earlier in Coleridge’s response to Wordsworth. The genuineness of Shklovsky’s commitment is to be found in his memoir, A Sentimental Journey.

Just now I used the phrase “situated human existence”. Moi takes over from Wittgenstein the idea of “forms of life” which is closely connected to the idea of agreement (often unreflected) in our responses. I have a problem with this because I think that Wittgenstein does not distinguish two different kinds of agreement and in so doing opens himself to rival readings, which for short one might call “naturalist” and “sociological”.

If you show experimental subjects the two arrow-headed lines which comprise the Müller-Lyer illusion they will all agree, independently of each other, that the arrows are of unequal length. Even when told that they are not, the illusion persists.

The illusion reveals something about how human vision works; that we agree in our responses is a distributive agreement which has nothing to do with anything we have learnt, been taught, or discussed. Similarly, young children (before the age of four or five) make drawings which develop in ways and in a sequential order which is common across cultures and owes nothing to the surrounding cultures of visual representation into which some children will subsequently be inducted. The naïve child artists agree in the way they think faces and figures are to be represented though no one has taught them this (or, in Wittgenstein’s language, trained them). Pile up such examples of distributive agreement (being frightened by a scary story…) and you can then begin to think of agreement in responses as something natural and you can read some of the things Wittgenstein says as supportive of that and you can make him into a naturalist as did Colin McGinn in Wittgenstein on Meaning (1984). Wittgenstein does not make it easy, however, because he has very little to say about babies and infants and what he does say seems bleakly conventional and uncomprehending.

But, of course, there is another kind of agreement which can be called collective. This does not require that we have voted or held debates or even talked about it though sometimes we will have done so. We can come to agree by various means but by those diverse means our form of life comes to have a social or communal or conventional character as explored by philosophers like David Lewis in his Convention (1969) and much subsequent literature including the work of Margaret Gilbert. We agree collectively, not distributively, to drive on the left not the right, and so on. Social constructionists think that everything (or nearly everything) has this character and they can find ways of reading Wittgenstein which turns him into a sociologist of culture. They did a lot of that in Oxford where Wittgenstein’s account of “following a rule” got construed as “following our rule and don’t dare disobey”, as if the nature of language could be entirely understood via the local dialect. This emphasis on the social is found most clearly in the work of Gordon Baker and Peter Hacker in books such as Language, Sense and Nonsense (1984). My own view is that the Oxford Wittgensteinians fell into the trap which Dennis Wrong once characterised as “The Oversocialized Conception of Man in Modern Sociology” (a 1977 article).

Toril Moi’s book covers a lot of ground and is really the product of a life time of careful engagement. It’s lucid and held together by the thread provided by Stanley Cavell’s work, which is much more humane and resonant than anything the Oxonians came up with. Whether Moi’s book will in practical terms solve or dissolve the problem of what kind of Discipline is best suited to deal with Literature is another matter.

Posted by Trevor Pateman at 10:16 No comments: