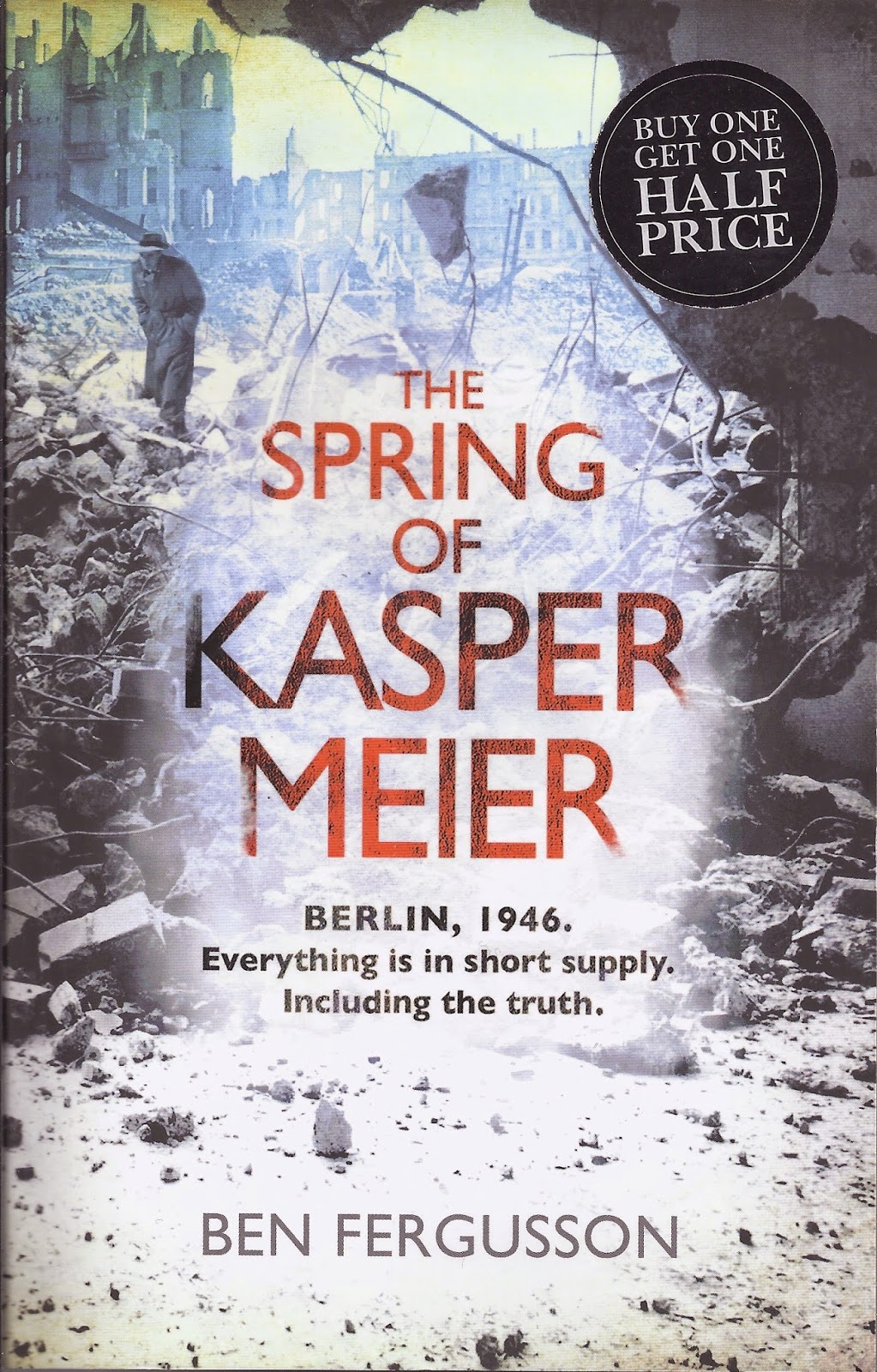 I had just read Joseph Kanon's, The Good German (see previous review) so I was curious to see how this book, also set in the ruins of post-War Berlin, compared. There are similarities: the evocation of life in a destroyed city, black markets and rackets, the legacy of the Russian mass rapes. But whereas Kanon's main characters are members of the occupying forces, Fergusson's are German. And his main character, Kasper Meier, is homosexual (or possibly bi-sexual) - a man who before the war ran a gay bar and whose lover was killed by the Nazis.

Fergusson's plot is much less oriented towards possible movie scenes and, I think it's fair to say, less mainstream. Kasper Meier is singled out for blackmail, but the blackmail is rather unusual, and when he goes in search of the blackmailer, he enters a world which one could thumbnail as Kafkaesque. It's very well done. As eventually becomes clear, the supposed blackmail scheme is a front for another, worse scheme. Eventually, Kasper penetrates to the truth and - after several escapes in which he is implausibly bullet-proof - secures a happy ending for himself and the original emissary of the blackmail scheme, Eva.

Both Kasper and Eva are built up as many-faceted, interesting characters. They are not super-sleuths who populate most thrillers, but emerge through the story as interesting human beings.

There are a few proof reading slips and one howler, "St Petersburg" for "Leningrad" on page 325. This novel is set in 1946! It always amazes me when authors who acknowledge so much help from others have failed to find just one reader who could save them from a gross mistake.

Posted by trevor pateman at 04:46 No comments:

Email ThisBlogThis!Share to TwitterShare to FacebookShare to Pinterest
Labels: Ben Fergusson The Spring of Kasper Meier 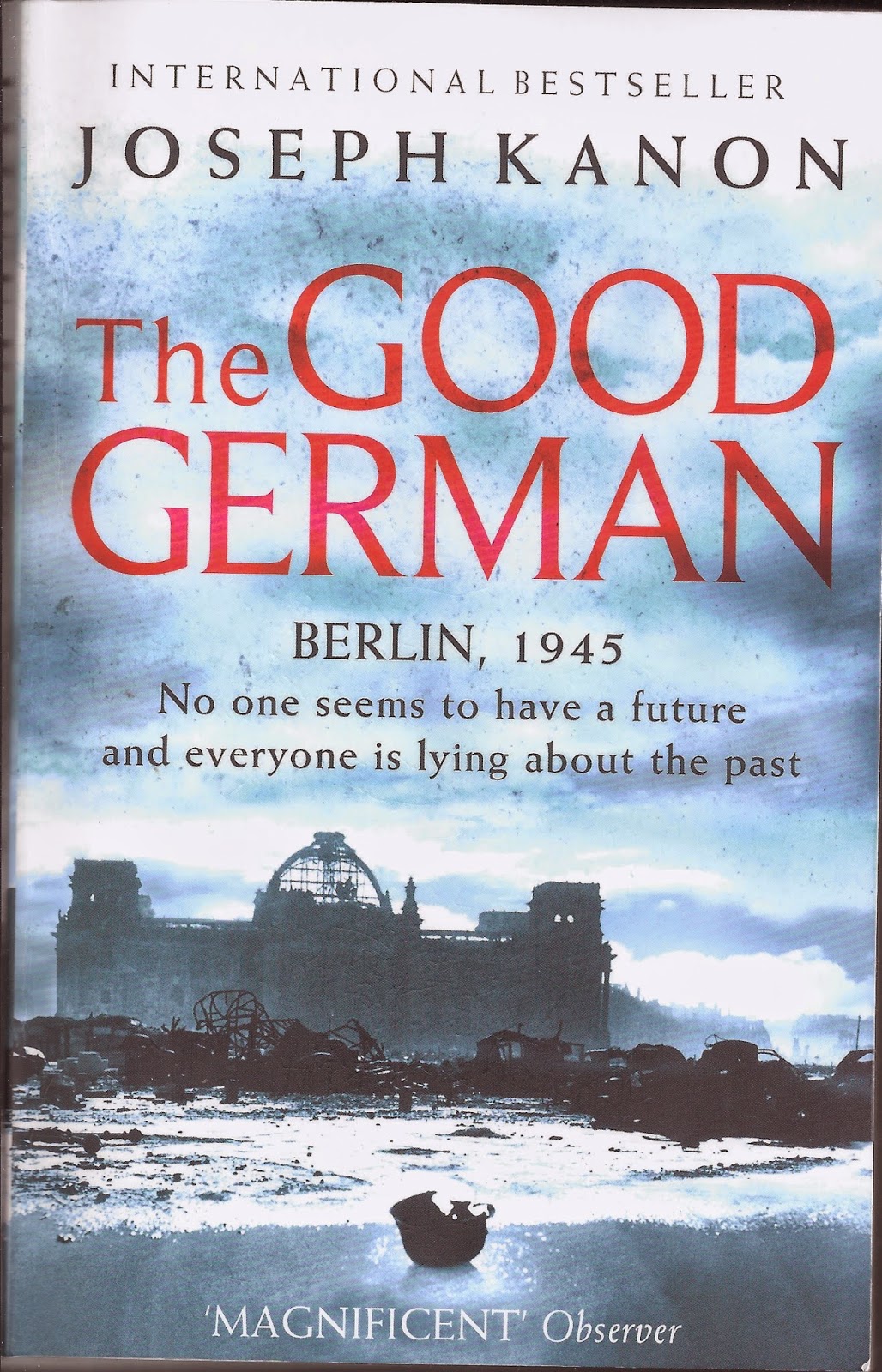 It is most satisfactory as a credible recreation of life in Berlin immediately after the end of the war, a city in ruins, recently terrorised by Russian troops licensed to rape, and now coming back to some kind of life – occupying forces, arrests, tension, black markets, prostitution, and places for the troops to drink and dance. I get the feeling that Joseph Kanon has read all the history books.

It is also good in recreating the rapid political shifts which soon consigned the Nazis to the last war, and made Russia into America’s Number One Enemy. That meant, among other things, deciding to ignore the Nazi pasts of individuals deemed useful to the USA – Kanon picks on von Braun’s rocket scientists and makes one of them central to his novel.

The novel is unsatisfactory when it hands us the chases and shoot outs and hand to hand combat deemed essential to a good thriller. These have the feel of those pitiful trailers for violent American movies, featuring bullet- and bomb-proof heroes, which make a visit to a mainstream cinema such an unpleasant experience. When you write a novel you may indeed hope that someone will make a film of it, but you spoil the novel if you start writing a film script instead.

Likewise, the one long Sex Scene doesn’t belong here. I like sex but the sex scene isn’t sexy and, actually, isn’t appropriate to what is being worked out between Jake and Lena. It’s a stand alone scene which is out of place.

To end more positively, the exploration of moral dilemmas and moral compromises under totalitarian regimes is good and rarely heavy-handed. There isn't always a simple answer to the question, Who are the bad guys? - even in the world of the Holocaust. There are complex cases presented and pursued in an interesting fashion – Gunther, Professor Brandt, for example
Posted by trevor pateman at 01:06 No comments: 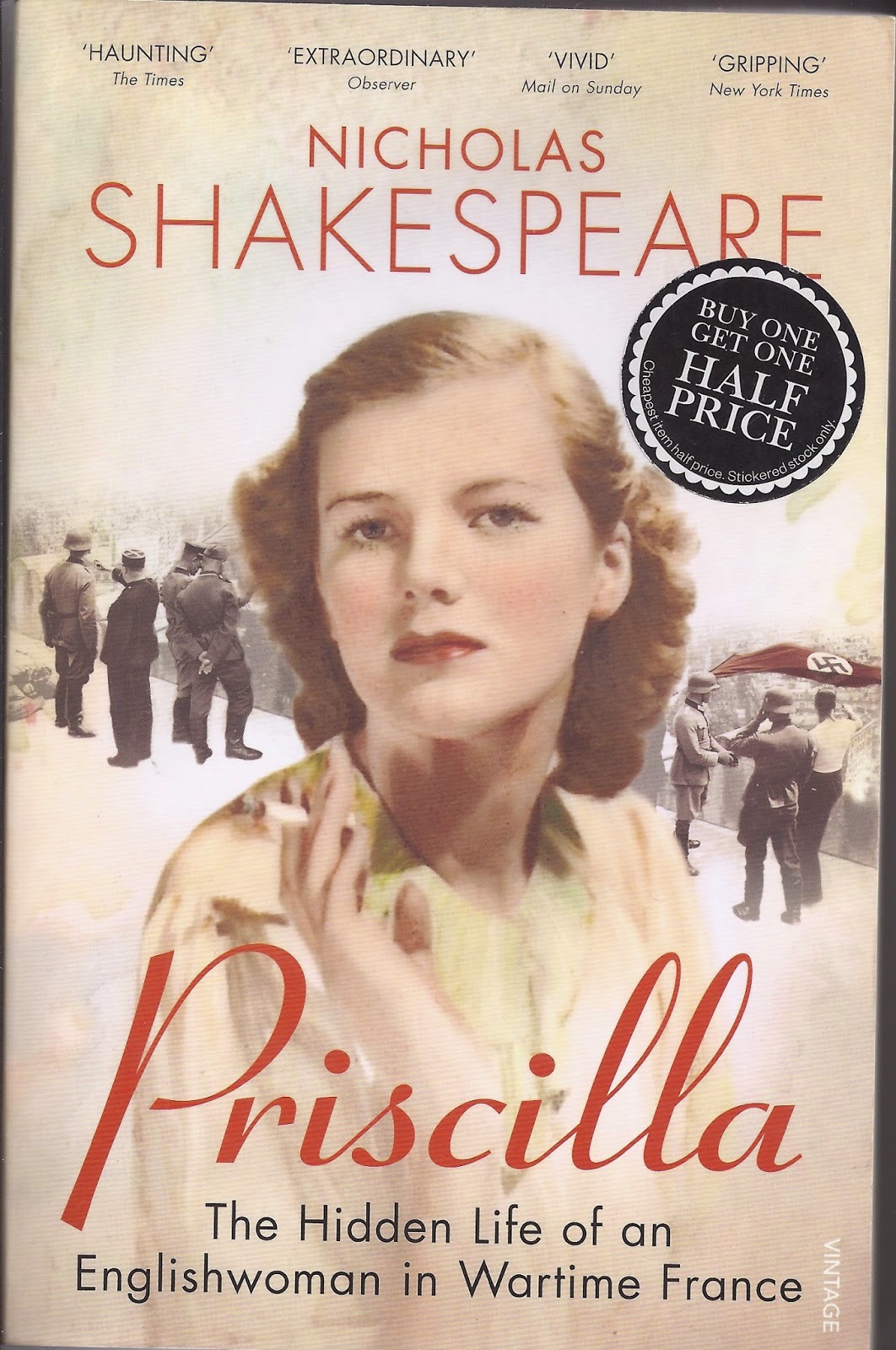 A successful novelist and biographer, Shakespeare has started out with the various writings which his aunt left behind at her death and then excavated the historical truth in public archives and in interviews with the few who still survive. The concluding and entirely unexpected “Afterword” is a brilliant coup de théâtre and brought tears to my eyes.
Posted by trevor pateman at 03:38 No comments: