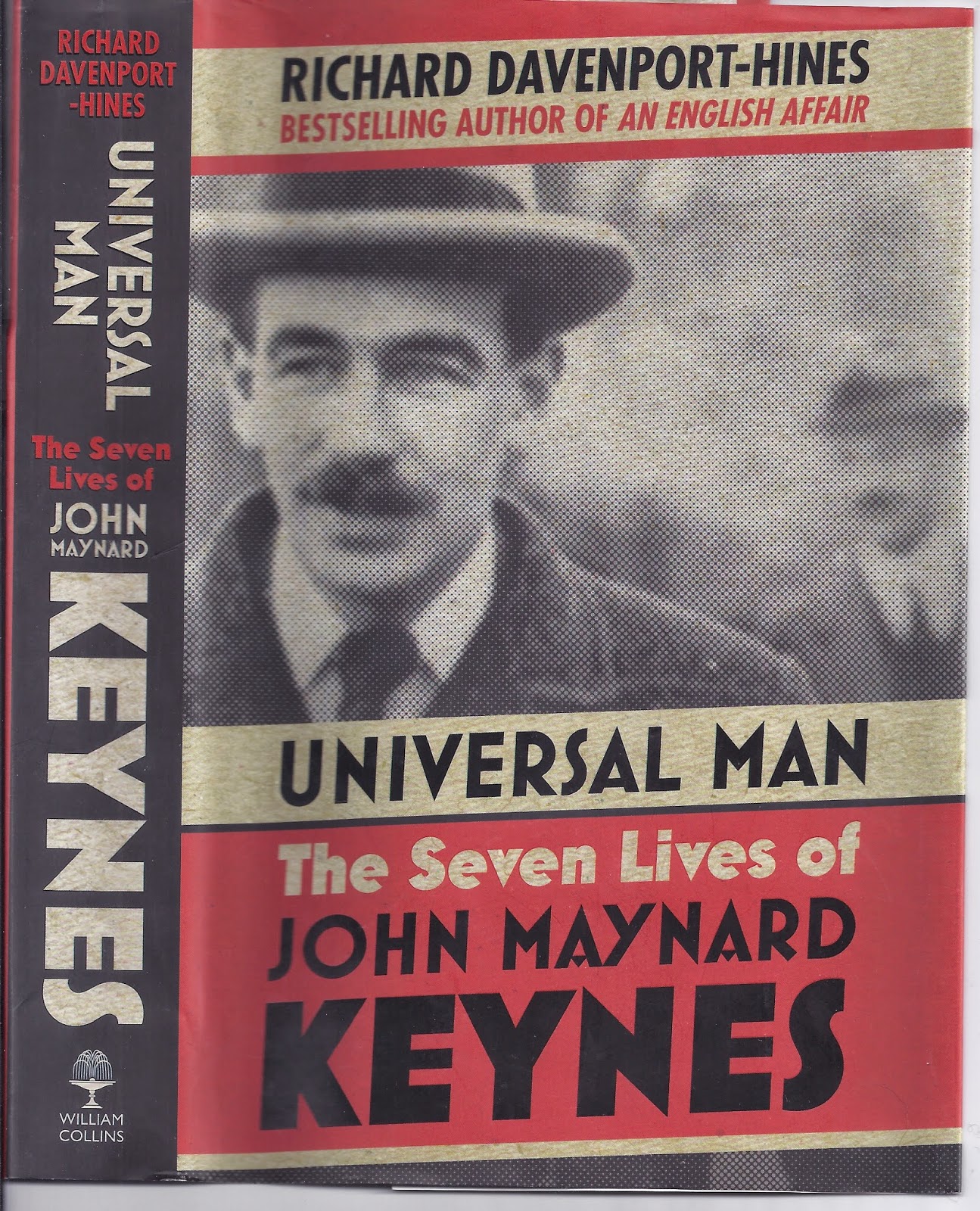 Keynes' success owed itself to three things: his intellectual brilliance, his capacity for very hard work, and - despite his sharp-tongued willingness to cause offence - a superb ability to make use of the many Old Boys' (and Young Boys' ) networks in which he was enmeshed. That last is one reason the Establishment to which he whole-heartedly belonged never persecuted him in the way that it persecuted Alan Turing. Good luck is another.
Posted by trevor pateman at 06:22 No comments: 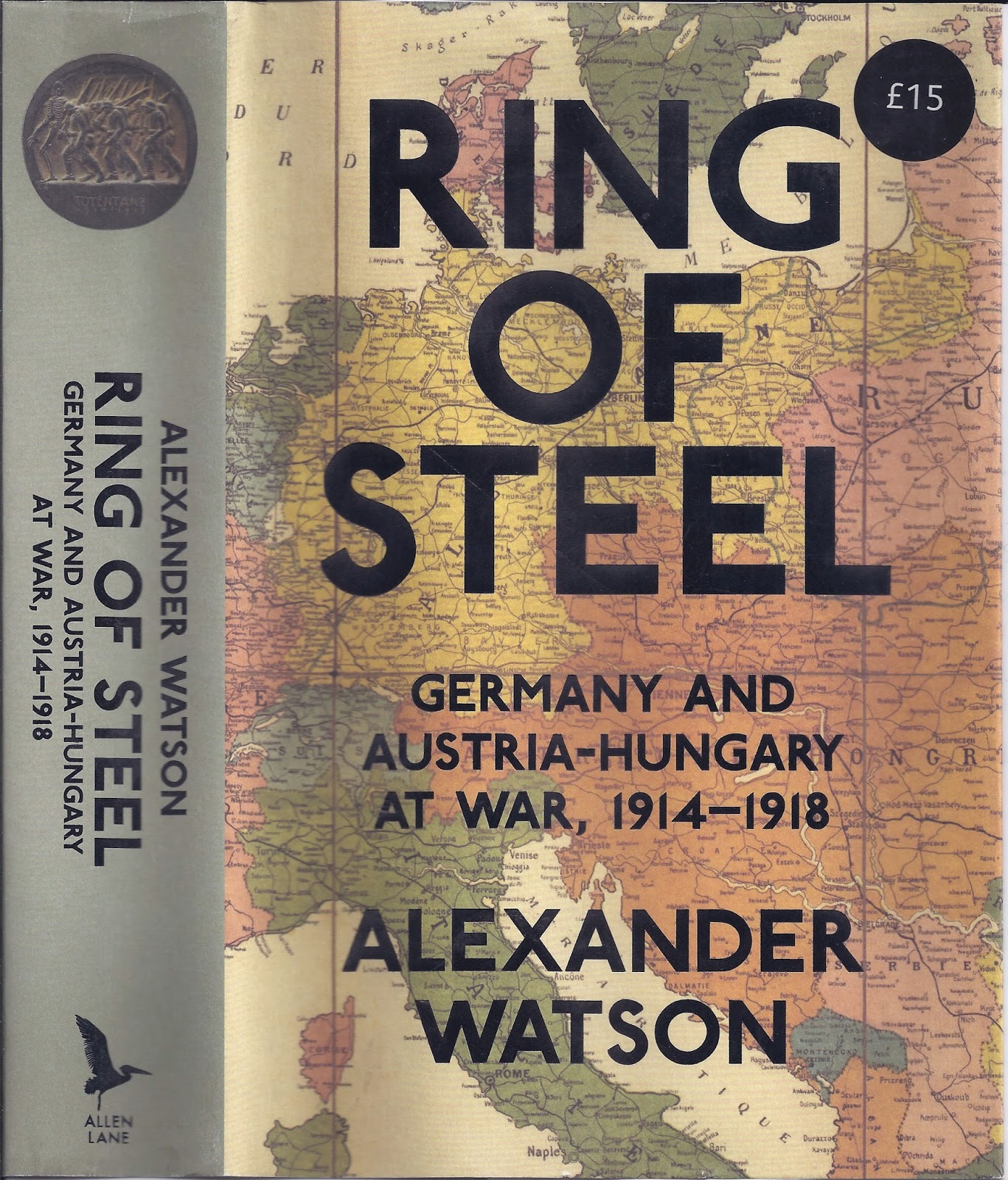 This is a good book. 566 pages of text and 220 of apparatus. I discovered an enormous amount which I did not know, simply because Watson writes his history as if from the capitals of the losers, something which is rarely done. History belongs to the winners.

But in addition to what I learnt about Wilhelmine Germany and Hapsburg Austria-Hungary (Ottoman Turkey, the other main loser is omitted), I also read a very measured assessment of the criminality and destructiveness of the First World War, a war without any moral merit in which leaders simply chose to murder and starve millions of their own citizens in pursuit of - sometimes vague - Imperial ambitions - or, in Austria-Hungary's case, Imperial vanity. On the Allied side, Tsarist Russia approached the war in the same spirit, lusting after Austrian and Ottoman territory, pursuing its recurrent delusion that the way to protect its very long borders was to make them even longer.

There is also an important thread through the book which shows us that the other face of military discipline is military indiscipline. Soldiers do not do as they are told: they loot, burn, rape and kill women and children; they desert, mutiny and surrender. Watson documents this and gives the figures.

Nowadays, unreliable soldiers are replaced by missiles: we do not put boots on the ground. They always become boots in someone's face and soon there are no hearts and minds, except those of criminal elites, on your side. Trouble is, the missiles seem to hit the ground in such a way that they have pretty much the same effect.

Posted by trevor pateman at 01:45 No comments: 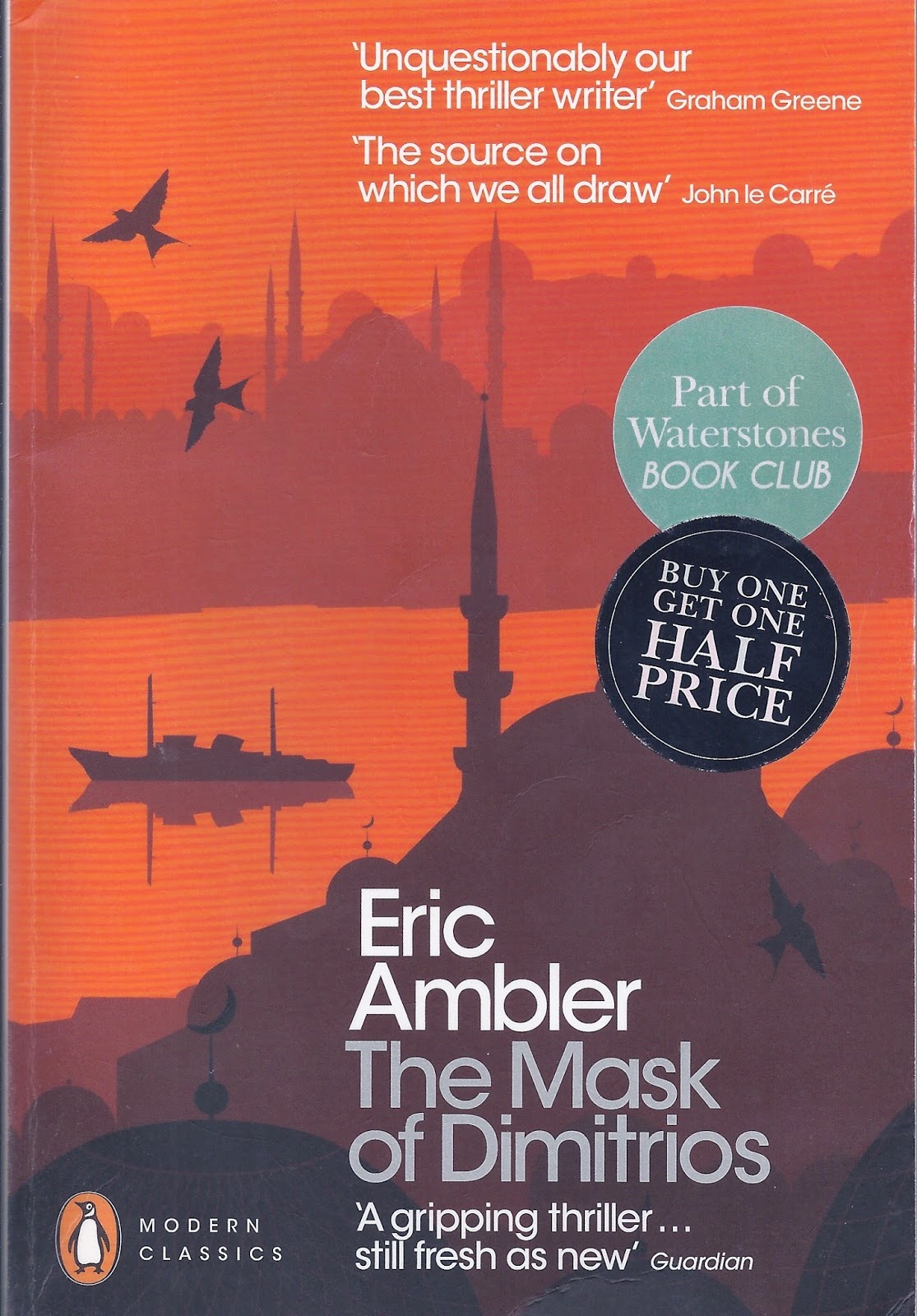 First published in 1939 this remains a remarkably fresh detective novel. Plus ça change - here we have not just murderers (who are always with us) but drug dealers, people traffickers, shady nightclub owners, assassins and, perhaps best of all, a dodgy bank registered in Monaco so that it does not have to publish anything or pay taxes.

The third-person narrative casts a writer of detective novels as its lead character who sets out in search of the history of a recently deceased criminal only to discover him, eventually, alive. The fiction writer, described as a prig by one of the underworld characters with whom he gets involved, is led on - as we all are - by fascination with the Other: those on the other side who make their living, and their lives, by breaking laws or moral taboos rather than enforcing them. Ambler explores this fascination at some length by setting up a working relationship between the writer Latimer and the crook Mr Peters. Just sometimes one feels that Ambler has Latimer protest too much, just in case the reader is tempted to conclude that he has been seduced by the other side - and this is perhaps the only aspect of the novel which feels a little dated. A modern writer might have fewer moral scruples or worry less about moral ambiguity.

It's a very good read. Ambler makes quite generous assumptions about his readers' general knowledge and willingness to add to it. It is quite a pleasant change to read someone who does not assume you are ignorant or determined to remain so.
Posted by trevor pateman at 01:25 No comments: