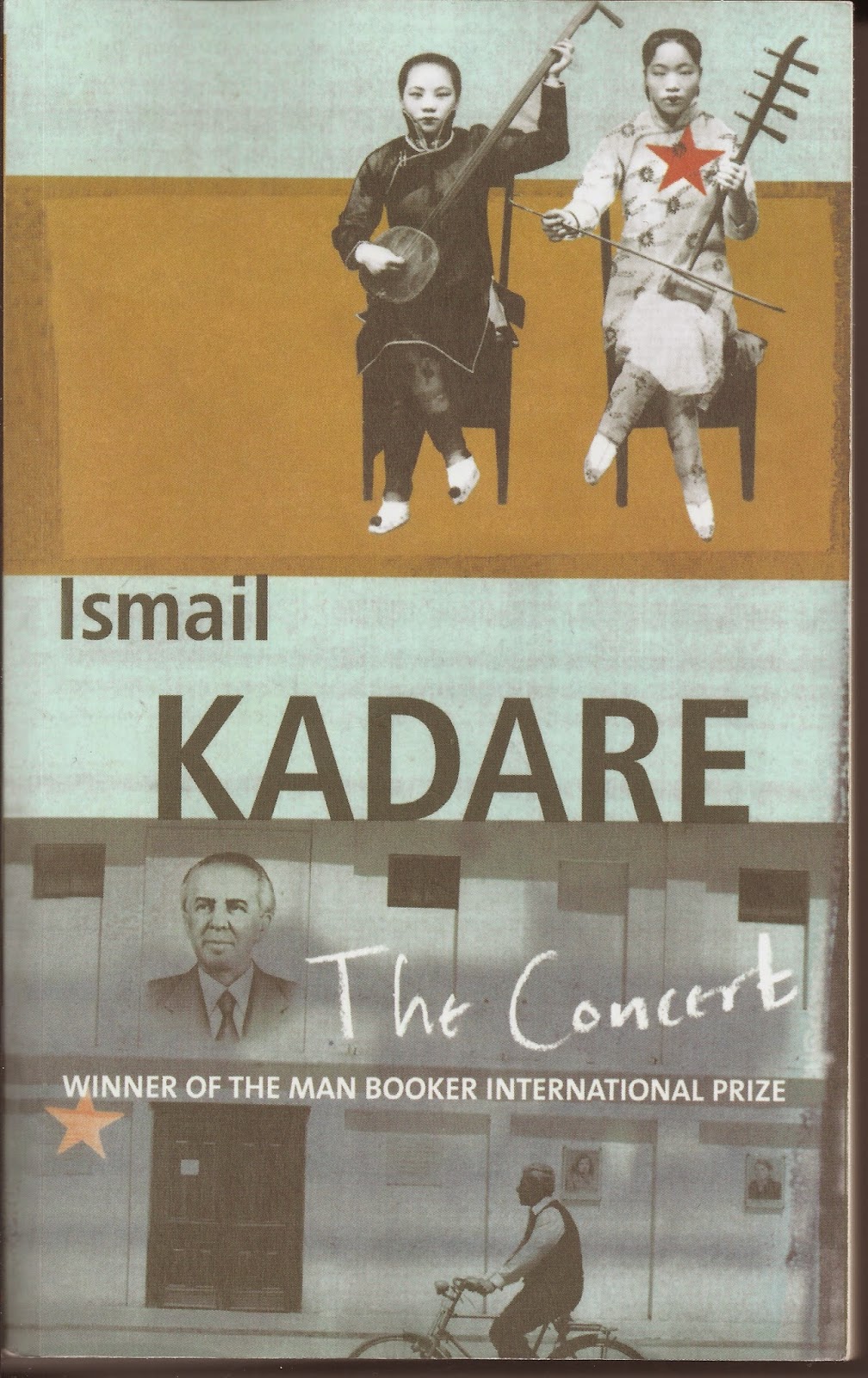 There are problems at three levels.

First, there is parochialism: only in the United Kingdom do governments have "home secretaries" and "foreign secretaries" - everywhere else they have Ministers of the Interior and Foreign Ministers. But Barbara Bray gives us the parochial form in translating a novel set in Albania.

Second, there is wooden prose:


Back in the office, the boss still hadn't returned. Linda collected some papers and took them along to the typists. Silva sat for a moment with her elbows on her desk. She didn't feel like working. She got up and went over to the window, looking out at the square with its surrounding ministries and the grey, rainy day (page 53)

Is it really that bad in the original?

Third, there is a problem of Register. Characters in emotional turmoil are assigned expressions like Phew! (page 137) What a ghastly day! (139) and vent frustration thinking things like "the whole blessed evening" (170).This is compounded by a choice of English colloquialisms taken from a quaint manual on How The Other Half Speaks In An English Tea Shop - unfortunately a mismatch with the Albanian characters of the book, who are intellectuals and Communist Party officials.

Equally, the novel itself is not without faults. It begins with a chapter introducing a large number of characters. The reader dutifully tries to absorb the names and the relationships. But then most of these characters promptly disappear. I am not sure that all of them even re-appear and if they do it is often as bit players. Bad technique: your opening chapter was pretty irrelevant, and irrelevant at the moment when your new reader was giving you maximum attention.

The story is complex, digressive and was probably a lot funnier in the original than it is now. Everything is spun off from the breakdown of relations between Albania and Communist China - thirty odd years ago. The focus is on how fairly ordinary lives and everyday expectations are upset by this breakdown with its attendant regime of paranoia, rumour and jockeying for position. Though half a dozen characters appear and re-appear as the main bearers of the burden of Sino-Albanian relations, I am afraid none of them really engaged my sympathies still less my emotions, with the possible exception of Linda.

But faced with my own doubts about the translation, I feel it would be unfair to judge this book in any kind of definitive way.

Email ThisBlogThis!Share to TwitterShare to FacebookShare to Pinterest
Labels: Ismail Kadare The Concert