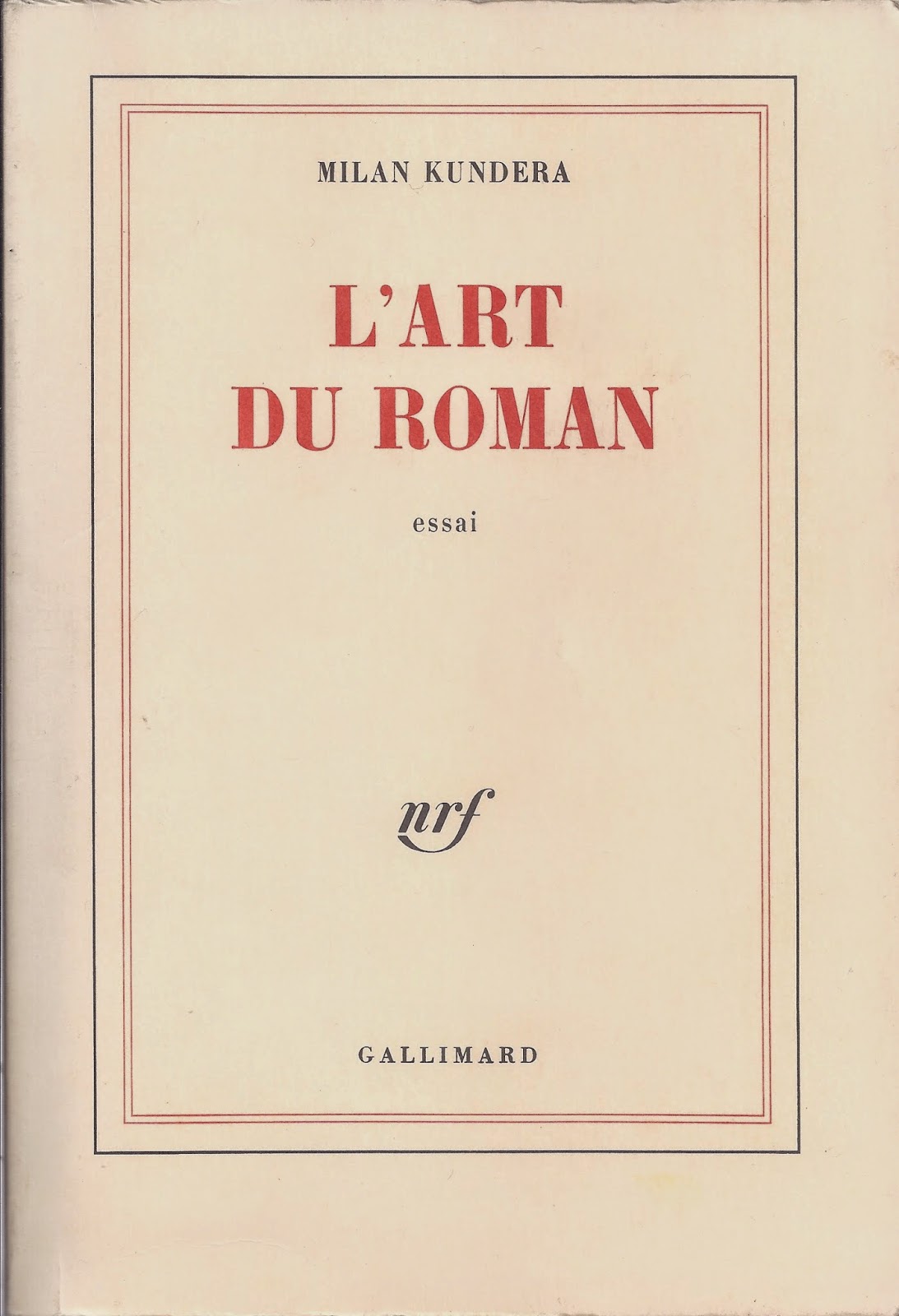 This is a book of great clarity, a virtue linked (as Roland Barthes once observed) to the desire to persuade. It is also a book which charmingly conveys the commitments, the enthusiasms and the excitement of the author. This is especially true of the two long interviews which comprise the second and fourth chapters of this seven part book of essays, first published in 1986 and which I used to assign in its English translation for the "theoretical" part of a course in Creative Writing on which I once taught.

Kundera sees himself as a novelist (romancier), not a writer (écrivain). His job is to say or express in the novel form what can only be said or expressed in that form:

This makes him specifically hostile to those who use the novel form to illustrate ideas which they have already formulated and which could have been written out in ordinary prose. For this reason, and despite sharing totalitarianism as a common enemy, he clearly dislikes the works of George Orwell. These are “romans de vulgarisation” which translate a non-novelistic understanding into the language of the novel (page 54)

The novel of which he writes is the European novel and it has a (great) Tradition which starts with Cervantes. The would-be novelist needs to familiarise himself with this Tradition, to learn the novelistic possibilities which exist and which have been explored. In this the apprentice novelist is just like the apprentice painter. That is me writing, not Kundera, and a me who has read T S Eliot and F R Leavis and Harold Bloom, none of whom figure in Kundera’s text.

In fact, the novel in English figures in Kundera’s Pantheon only in the names of Fielding and Sterne – a characteristically European choice: for Leavis, Sterne is no more than an annoying “trifler”. Austen, Eliot, Hardy, Henry James and the awful D H Lawrence (another Orwell-type writer) go unmentioned.

Kundera instead names and discusses the great writers in French and in German and in Russian: Flaubert, Kafka, Tolstoy and many others including notably Hermann Broch to whom the third essay is devoted and which I skipped because I have not read Broch.

At the end of it all, Kundera formulates a definition of the novel:

This is, of course, written not without irony but it does identify the Things Good To Think With ( les choses bonnes à penser – Lévi-Strauss) with which the novelist specifically works: characters.
One might say (and I tried to say this in the lectures on aesthetics which I gave in the 1980s and 1990s – see www.selectedworks.co.uk) that each of the traditional and great art forms has its own specific things “good to think with” or perhaps more accurately “good to express with”. For the potter, it is clay. For the sculptor, stone or metal. For the composer, sound and silence. And so on.

When the novelist works with characters, he or she has the chance to discover and bring into focus ways of human being and possibilities of existence which would have eluded discovery in mere prose.

Added 9 June 2019: For examples of novels which work with characters in the way Kundera describes, see - for example - Otessa Moshfegh Eileen (reviewed here on 28 July 2017) and Olga Tokarczuk Drive Your Plow Over the Bones of the Dead ( reviewed 9 June 2019)