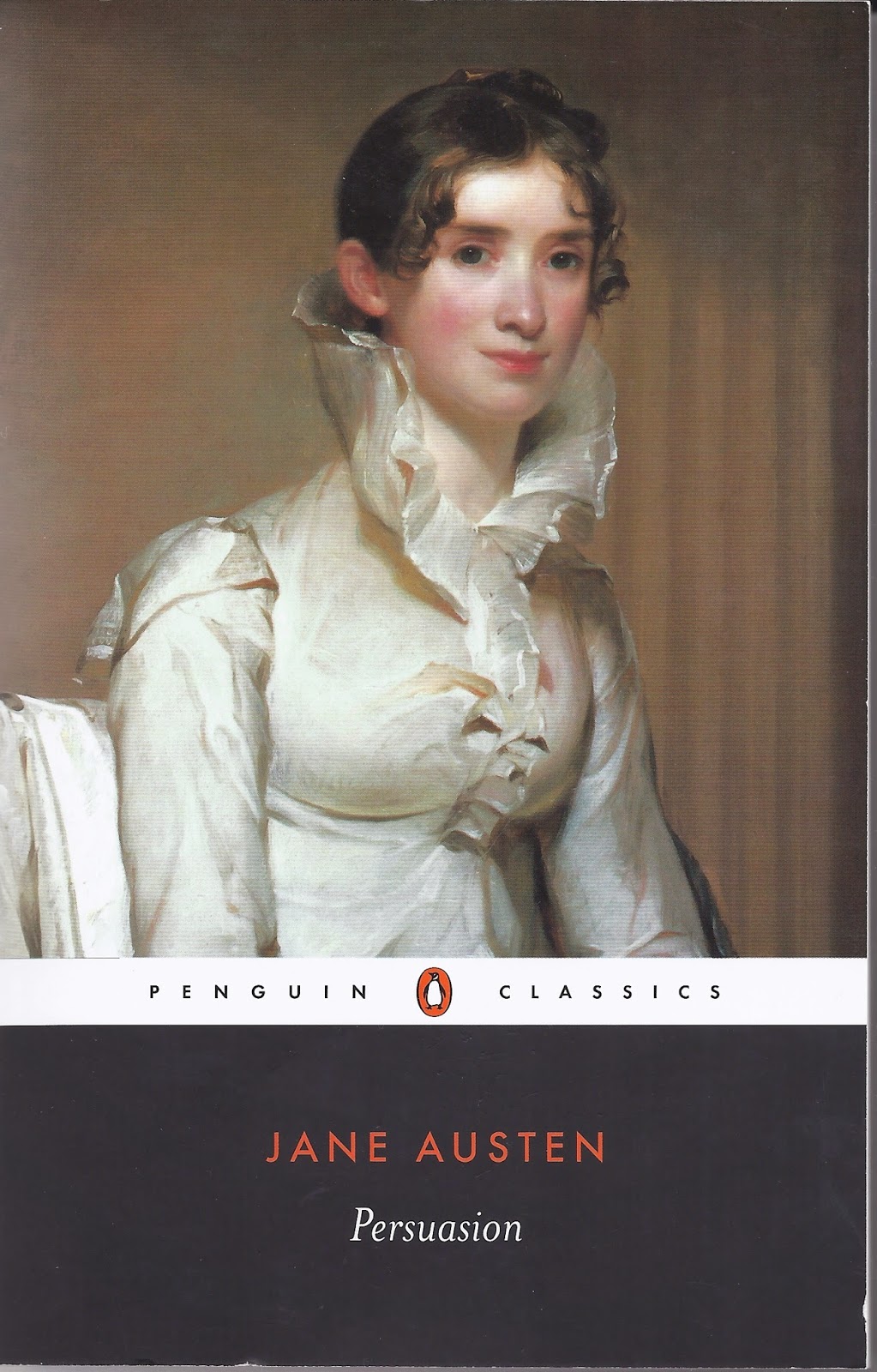 A year or so ago, the publisher Carmen Callil resigned as a judge for the Man Booker International prize, which was shortly thereafter awarded to Philip Roth. She complained that all his books were the same. I wonder what she would say about Jane Austen.

I've just read three: Pride and Prejudice, Sense and Sensibility and Persuasion, in that order. I've bought Emma so no doubt I will read that too and, of course, a couple more and then I will have read all of mature / completed Jane Austen. I'll soon be an expert. Much easier than Shakespeare.

Jane Austen is, I understand, best known in England as the inventor of romantic country house costume dramas for television. I don't watch television but I can imagine that it's great fun for the Costumes department and hard work for the Props department, oiling all those doors to permit the constant Entries stage right and Exits stage left. Anyway, it's enough to get Jane Austen's portrait onto English banknotes. I do hope Caroline Herschel and Ada Lovelace are in the queue, even though they didn't write romantic novels.

Jane Austen got onto University reading lists probably thanks to F.R.Leavis, who didn't think she wrote romantic novels but was instead a writer inspired by Serious Moral Purpose, unlike people like Charles Dickens ("an entertainer") and Laurence Sterne ("a trifler") - see Leavis's moralising tract The Great Tradition for the epithets.

Anyway, I am not entirely convinced my Miss Austen's novels. I thought Sense and Sensibility plodding and, as a result of reading editorial Introductions, discover that this is a common enough view. And in Persuasion, where you pretty soon figure out what has to happen and wish she would get on with it, there is an awful chapter IX in volume II where Mrs Smith is allowed a very long monologue (pages of it) to trash the character of Mr William Elliot and knock him out of any possible contention, leaving the way clear for the return of the gallant Captain Wentworth. It is laying it on with a trowel. I guess they have to abridge these things on TV.

That leaves Pride and Prejudice as the best of the three, with some very funny moments and a livelier style. But all three novels are weighed down by a cast of minor characters who no doubt fill up the background on TV but who contribute very little to the narrative, yet whose names must be remembered.

I am not saying I Rest My Case. I will proceed to Emma and think some more. But I now have an explanation for something which puzzled me. A few Blogs ago I reviewed Milan Kundera's L'Art du Roman. I was surprised by the virtual absence of English writers from his history of the European novel. He has good words for Fielding and Sterne and that's about it. He doesn't mention Jane Austen. Now I think I can see why. I think it is the illustrative moralising which sticks in his throat.

Postscript 8 December 2014: I have now read Emma and even though I had 'flu while reading it, I think it is the best so far. The outcome of the story isn't so obvious, though you can still guess  it as you go along. More importantly, there is more subtle character development. It's still terribly judgemental - or, at least, peopled by characters who spend their lives Judging - but there is more psychological insight. I haven't read the critics but it occurs to me to doubt that many of them will dwell on Mr Knightley as the Good Father figure who has loved Emma, faults and all, since she was, er, 13 and who is loved in return precisely because of that willingness to love her, faults and all.

Postscript 18 December 2014: It gets worse. In Mansfield Park, where amateur theatricals are condemned but living off the labour of slaves is not, Edmund Bartram marries his first cousin Fanny, who he has loved, guided and protected  "since her being ten years old" (page 436).