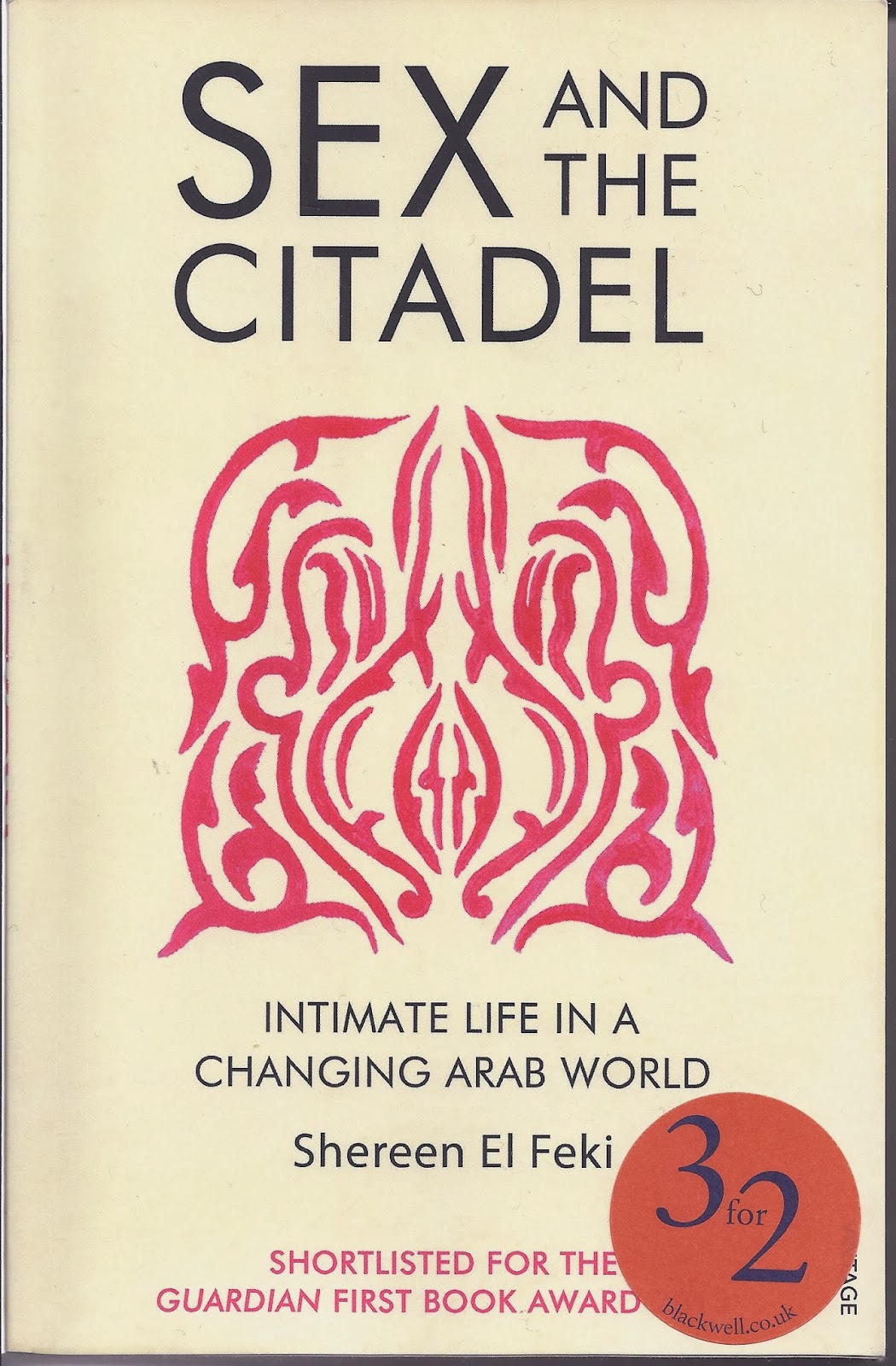 This is a book of many surprises. Not the least the fact that someone exists to write it. Towards the end of the book, El Feki defines herself as a "liberal Muslim woman" (page 292). She has an Egyptian Muslim father, who she identifies as her "research associate" ( p 334), and a Welsh mother, a convert from Christianity to Islam. Shereen El Feki grew up in Canada.

She writes as an experienced journalist and and her approach in this book is that of a serious journalist - there is an impressive Bibliography. Her stance is firmly sex-positive: "sexual rights can be realized, and exercised, in an Islamic framework ....Religion is not black and white, as conservatives would have us believe; on sex, as with so many matters in life, Islam offers at least fifty shades of grey" (p 293).

That kind of cheeky humour runs through the book as she narrates her travels around the Arab world, but focussing on Egypt, engaging with people, talking with them about their sexual practices, satisfactions and frustrations and then setting the interviews into a broader historical and social context. No one seems unwilling to talk to her - women, men, Imams, doctors, lawyers, police officers, taxi drivers. And she writes about everything you could think to put on a list: heterosexual relations, same sex relations, prostitution, female genital mutilation (though she uses the word "cutting"), sex toys, porn, rape and harassment, HIV, marriage and its alternatives ...

I found one section particularly interesting, where she talks critically about "identity politics" (chapter 6). Some of her interviewees see "Identity Politics" as a Western ideology which has the potential to be divisive and to get in the way of creating a tolerant (liberal) environment in which everyone can get on with their own lives without harassment. It doesn't help, so the line of criticism goes, if groups seem to be arguing for special treatment or privileges or a kind of recognition which goes beyond that involved in giving mutual respect. I felt sympathetic to this position - but simply as someone who is irritated by the endless supply of English newspaper columnists who make their living banging the drum for their favourite group rather than for everyone who is oppressed.

Email ThisBlogThis!Share to TwitterShare to FacebookShare to Pinterest
Labels: Sex and Islam, sexual politics in Egypt, Shereen El Feki Sex and the Citadel