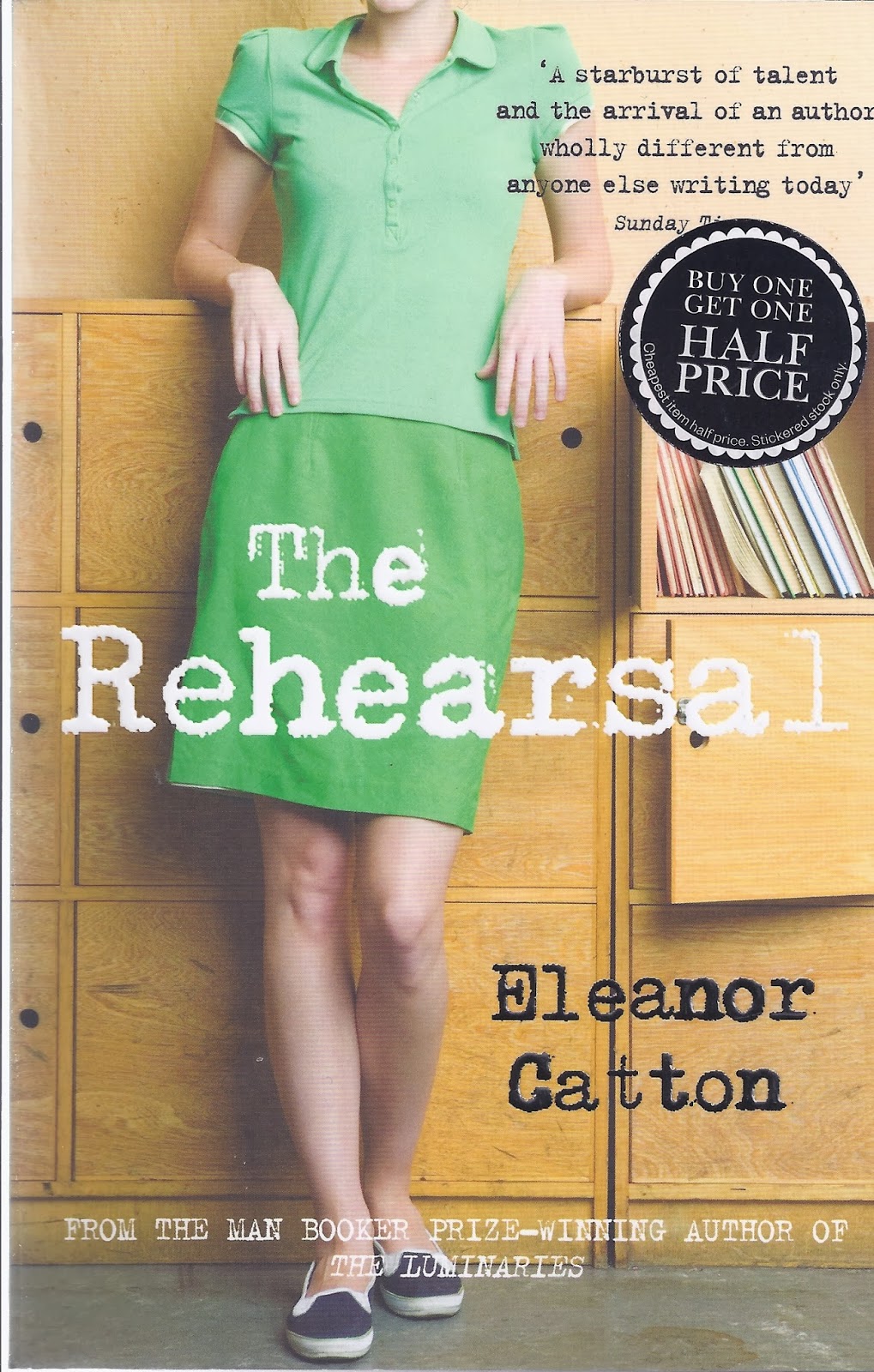 This was Eleanor Catton's first novel - her Man Booker Prize-winning The Luminaries is her second. (I haven't read it).

It's very very good, but not unputdownable. That's because it's written as a series of scenes - over 130 of them in 300 pages -  and the strength of the book is in the arresting character of each scene rather than the overall narrative structure. In fact, I have a horrible feeling I missed something somewhere about the overall structure - the scene shifting between real life and dramatic pretence is sometimes obvious, sometimes only hinted at, and the overall effect is to create something of a mystery about what is going on.

Each scene usually includes at least an arresting character and some arresting thoughts, a quirky personality and some left-field thoughts (sometimes very funny). I felt consistently that I was listening to a very clever, very original writer who never intrudes as an opinionated author but is always present as a shrewd observer and surprising thinker. Though most of the two dozen reviewers quoted over the covers praise it as a book about (late) adolescence, about growing up, the late adolescents are paired with a more or less equal number of paid-up grown-ups, parents and teachers and though the adolescents get the best lines (exception made of Stanley's father who specialises in best lines), I didn't come away feeling I had been garnering insight about the youth of today. I think the book is cleverer than that.

Email ThisBlogThis!Share to TwitterShare to FacebookShare to Pinterest
Labels: Eleanor Catton The Rehearsal