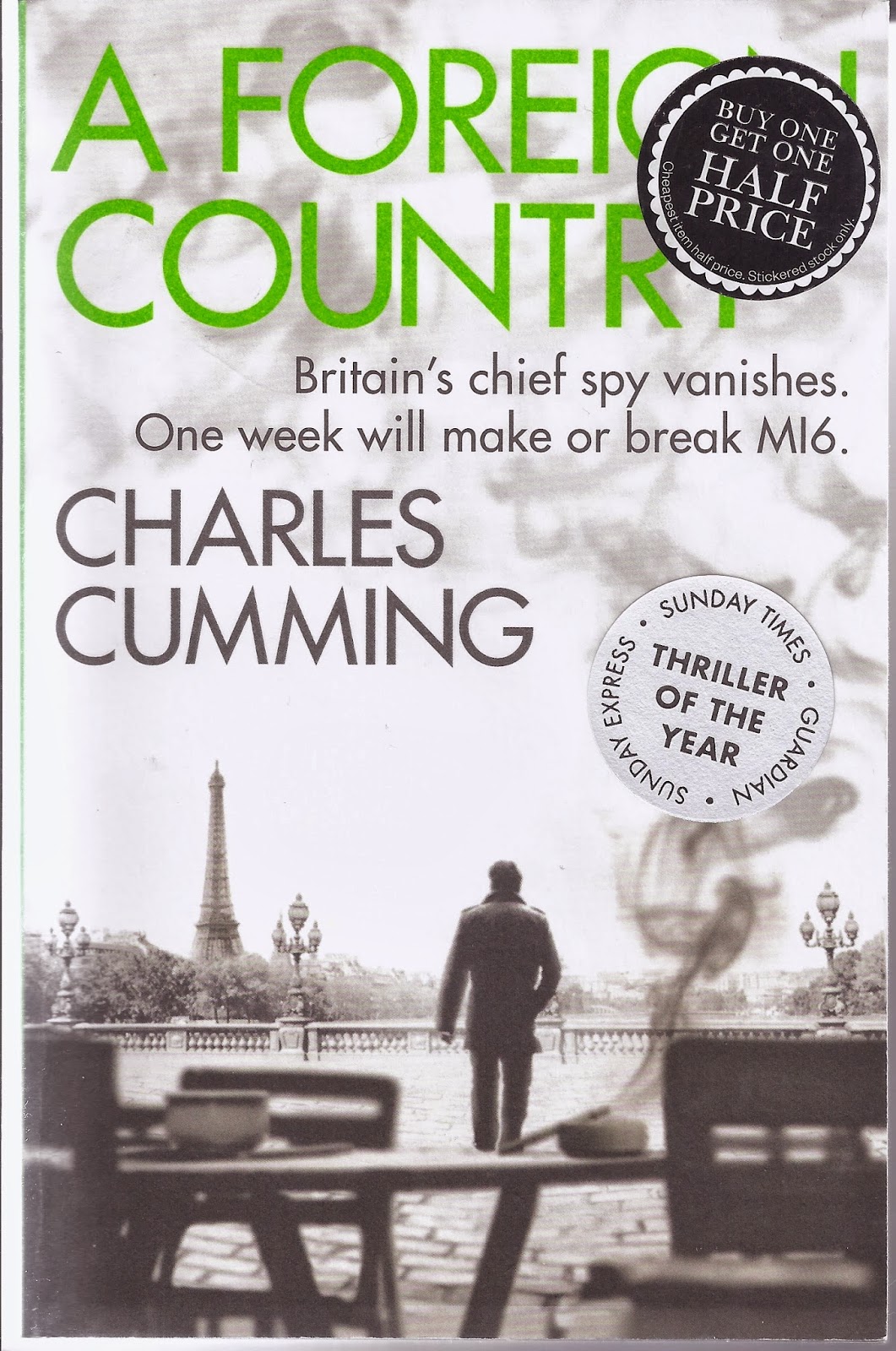 They are often written by Spooks or ex-Spooks and they are certainly read by Our spies and Theirs. Their spies are looking for little tidbits of unintended disclosure about how We do things - and, presumably, our spies try to stop this sort of thing happening. What they can't stop is the way our Spy novels help the other sides understand the British Establishment since all our spy novels are about that. The genre unintentionally provides Manuals of Establishment etiquette and mores. A spy novel will help you learn how to Pass.

But the Spookiness goes deeper. Somehow I feel that all Spy novels are written under the direction of some Cultural Branch of the Secret Services. Take the present Novel.

You could easily read it as a work of Revenge directed at the cheese-eating surrender monkeys (the French) who did not rally to the Crusaders' flag for the Invasion of Iraq. What is the evidence for this claim?

The hero, Thomas Kell, is an MI6 man in temporary fall-guy disgrace because he was too blatantly a party to American mistreatment (torture) of AfghanistanIraq "unlawful combatants". There is, indeed, now an official British report which chastises our secret services for not standing up for the Best Traditions of their trade when confronted with superior American force and forcefulness.

But it turns out that Kell is really a throroughly decent chap and, actually, a Hero. And just look who he is up against!

We are asked to believe that France's secret service (the DGSE) is still playing tit for tat for some British unpleasantness at the time of the Iraq War. To get their scheme airborne they are obliged to (1) murder in an unpleasant way two elderly French nationals on holiday in Egypt, employing for the purpose Arab-could-be-Jihadis with a taste for throat slitting; (2) kidnap off the street the French National adopted son of the murdered couple; (3) set fire to the flat of said French National's best friend, his wife and their child in a way likely to cause death; (4) engage in all kinds of deception and falsification in order to replace the dead adopted son with one of their own agents posing as the kidnapped young man in order to compromise the new Head of Britain's MI6  ....

Well, with Friends like the French, looks to me that the Rosbifs don't need enemies. And what a clever twist to link them to Arabs and throat-cutting Jihadis! Take that, you cheese-eating surrender monkeys!

We should, I suppose, now await the French response to Mr Cumming's novel. I am sure the DGSE is working on it. But though I found his novel an easy read, allowing the reader to guess the next Revelation twenty pages before it is Revealed, this smear operation against the DGSE does strain credulity. And you do end up wondering whose idea it was to bash the French (again). As I said at the beginning, Spooky!