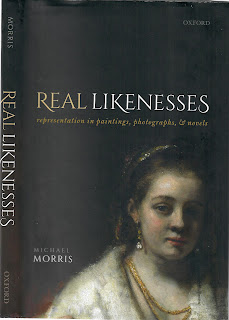 Back in 1975 a philosopher, Colin Radford, presented a paper to the Aristotelian Society in London with the title, “How Can We Be Moved by the Fate of Anna Karenina?” The paper has since been much discussed. There are at least two ways of hearing/reading the title, one of which invites us to think of an explanation for a remarkable phenomenon and the other invites us to pause and seek to explain this hitherto taken-for-granted common phenomenon.

My guess is that most adults are much more frequently moved by the fate of characters in novels, plays, and films than they are by the fate of people in “real” life, exception perhaps made for those who work in settings like hospital intensive care units. Equally, this being moved in “unreal” situations - to tears, laughter, or orgasm [tragedy, comedy, pornography] - is almost entirely occasioned by the narrative arts. To put it bluntly, you do not often see people leaving art galleries in tears.

The capacity to be moved by narratives appears early. Many years ago, I had begun reading very short book-at-bedtime stories to my younger daughter, using illustrated books and (as you do) pointing my finger as I read. I got to the point in one story where a young girl who has been entrusted with carrying a basket of eggs to market drops them and all the eggs break, a drawing  - to which I pointed - illustrating that fact. Oh dear! At this point my daughter, aged two and a bit and until this moment listening quietly, burst into tears.

That sort of reaction is unlearnt. It is a primitive or, as I would say, it is a natural reaction. Nothing to see there, no special explanation required.

True, there is a larger adaptive-evolutionary story which can be connected to this unremarkable fact. I tell it first in relation to vision. Seeing is not something of which human beings are capable; it is something to which, unless blind, they are liable. That is thanks to a remarkably powerful vision module which goes into action at birth and rapidly achieves its more or less final state, though much later affected by the physical decline of our bodies. The vision module works very fast and very reliably which is hugely adaptive; it saves us from many accidents and other catastrophes. True, it can be fooled as it is by the very recently invented  Müller-Lyer illusion, Escher’s drawings, and trompe l’oeil paintings. But this is a small price to pay for the many benefits which accrue from the fast operation of an encapsulated system which does not generally tolerate interference from our thinking. There are exceptions: someone may guide us towards seeing something which we don't see spontaneously, often a resemblance which we didn't catch - a resemblance which was not transparent  but whose translucence could be seen through by means of a verbal hint..

Similarly, in my view, human beings are natural believers - they are credulous. That does mean that they are easily fooled but being a believer is more adaptive, on balance, than being a natural sceptic. When I go hunting with my tribe, it is really not a good idea to play the sceptic when I hear one of my fellow-hunters shout, “Watch out! Snakes in the grass!” My natural credulity leads me to do the sensible thing; I watch out, promptly and without question. As it happens, this priority of credulity can also be given some kind of philosophical justification; you cannot even get going in life - even solitary life - unless you take things on trust. Things just have to be taken as they appear if you are to get started; doubt comes later and it’s a second-order ability (or, for some people, liability).

So it’s not surprising that we are fooled by fictions. There is no need for “willing suspension of disbelief” because there is simply no disbelief to be suspended. There is a part of the brain - a module if you like - which simply does not discriminate fact and fiction. We know this in a common sense way when we complain that horror films frighten us, romantic novels make us cry, and pornographic films arouse us sexually even when we don’t want them to. Well, as in the rest of life, want doesn’t mean get.

The story can be continued. When philosophers think about the use of language, they usually have in mind acts of speaking or reading, which are thought of as voluntary acts. They should more often think about hearing. If someone says something to you, audibly, in a language you understand, you have no choice about understanding the words even if you may not understand their import. Someone says, “I like your hat” and that may be compliment or sarcasm and you may not be sure which; but it is not a voluntary act or decision to hear the words, “I like your hat”. You just hear them and understand them, at least at some basic/literal level. You may really, really dislike hearing and understanding certain words but you really, really can’t avoid it. That’s why you often press people to not use (or mention) them at all.

From that I derive the conclusion that the human capacity for language is not originally an ability; it begins as a liability - we are liable to language. That’s why children learn their mother tongue more or less effortlessly as they hear it being addressed to them and, more generally, spoken all around them. Language “acquisition” is something that happens to them, more like a viral infection than a property deal.

As a final example: the capacity to recognise objects depicted in a photograph or representational drawing is also a liability; it’s unlearnt and untaught. Deprivation experiments have been conducted to show that that is true: withhold all pictures from a child until the child can speak, and the child can name, unprompted, the objects in the photographs or drawings now revealed to them.

In his book Real Likenesses Michael Morris adopts the approach of the analytical philosopher, rather than that of the naturalist / psychologist, and seeks to characterise the formal status (ontological, epistemological, logical) of those artist-representations of things which affect us - in paintings, photographs and novels - rather as if they were real things. So a painted face is the  real likeness of a face and  a photographed face the real likeness of a face; and likewise a fictional/novelistic character is a real likeness of a character.  The argument is lucid but highly technical and I am not going to go into detail in this little review/essay. As an analytical philosopher, Morris aims for completeness, absence of contradiction, absence of falsifying examples, and no unresolved paradoxes. In philosophy, that’s always a tall order.

Towards the end of the book, Morris has a section (pp. 204-214 ) which discusses how proper names work in novels and he quotes the opening sentence of Muriel Spark's novel Memento Mori:

The problem with this - as he partly acknowledges (p.207) - is that “Dame Lettie Colston” is not a good example of a proper name. At its very first appearance, it is much more than a proper name; it’s loaded with descriptive content. I open the novel, perhaps knowing nothing about it, but three words in I already know a lot. I now know that the novel is likely to feature prominently - unless I am being tricked by an unreliable narrator - a woman ( that takes out fifty percent of the world’s population) whose British /English title of “Dame” takes out about 99.9999% percent of the remaining fifty percent. The British/English probably resolves to English with the “Lettie Colston”, taking out the Scots, the Welsh and the Northern Irish. We are now down to a few thousand and possibly just a few hundred members of a class (“English Dames”) of whom Lettie Colston is going to be presented as a fictional member, either typical or untypical. We will have to continue reading in order to discover which. Proceed to the words “fountain pen” and with a novel published in 1959 when the battle between fountain pen and biro was fully joined, we also have to read on to discover if this shows Lettie taking sides or whether it shows that the time setting of the novel is that past in which biros did not exist. It is part of the novelist's skill to know how to keep us reading; in that first sentence, Spark tells (or shows) us quite a bit about one character  - but not quite enough. So we have to read on.