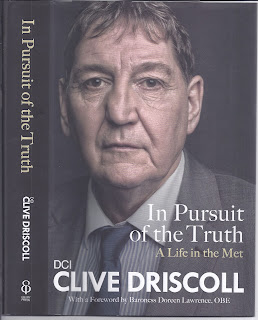 All these negative things said, there are stories told here which are entirely credible, greatly to Mr Driscoll’s credit, and often enough are stark reminders of what life in an “Inner City” is like for many of its inhabitants. Some of the things narrated here deserve further scrutiny, since the UK’s laws of libel have often enough prevented the naming of names. Mr Driscoll’s book is at its most frustrating when he points his finger upwards to the “high ups” in the Met.
Posted by trevor pateman at 04:44