If you type Afghanistan into the search bar above you will be taken to half a dozen long reviews of serious  books about the War in Afghanistan which were published here in 2012 - 2013 and thus written (both books and reviews) without the benefit of hindsight.

Posted by Trevor Pateman at 12:01 No comments: 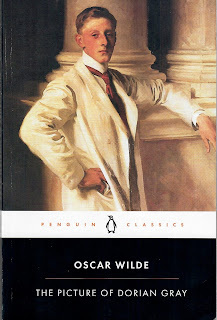 Posted by Trevor Pateman at 03:44 No comments:

Review: G K Chesterton, The Man Who Was Thursday 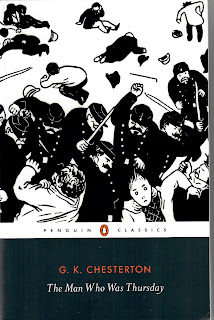 To put it briefly, No.

Late in life, G K Chesterton drew attention to the sub-title of this novel, A Nightmare, and it’s true that its phantasmagoria of chases and pursuits which play fast and loose with time and space can best be understood in terms of the kinds of thing which happen in dreams. But that doesn’t solve the problem that the overall effect is that of something whimsical and silly, with some cod symbolism/philosophy/theology thrown in at the end in an attempt to redeem it.

This 1908 book does have one foot in the real world. Like Joseph Conrad’s The Secret Agent (1907) - a very good novel - it picks up and makes plot-line use of the fact that contemporary anarchist and other revolutionary groupings across Europe were heavily infiltrated and even controlled by secret policemen, notably by agents of the Tsarist Okhrana created in 1881. Chesterton’s story line amounts to not much more than the successive (and rather laborious) revelation that six out of seven members of an anarchist central committee are all policemen, and very British policemen too.

It’s a short book and I made myself read it all. There are occasional thoughts which resonate, as when Conrad (authorially) writes, “ The poor have sometimes objected to being governed badly; the rich have always objected to being governed at all.” - aptly illustrated in our own time by the super-rich who back Mr Trump and Mr Johnson and for whom laws, like taxes, are for the little people.

But, still, No. It wasn’t worth a couple of my evenings.

Posted by Trevor Pateman at 01:04 No comments:

Email ThisBlogThis!Share to TwitterShare to FacebookShare to Pinterest
Labels: G K Chesterton The Man Who Was Thursday, Joseph Conrad The Secret Agent 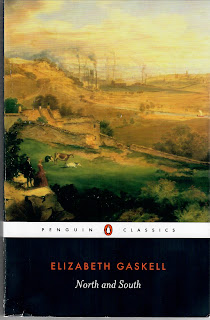 Elizabeth Gaskell’s North and South (1855) often figures somewhere - though perhaps not very high up - on lists of  One Hundred Best Novels in English, novels which you need to read before you die in order to hold a dinner-table conversation while still alive. In her Introduction to my Penguin Classics edition (1995) Patricia Ingham treats it as a novel of ideas, which no doubt it is.

But that doesn’t make it a good novel. It has serious shortcomings. The original circumstance of periodical publication in Charles Dickens’ Household Words no doubt obliged the inscription of excitement into every instalment but when those instalments are stitched together the excitement turns (for this reader) into an unexciting sense of rollercoaster melodrama: Oh no, here we go again …. Though the experience of death formed a major part of everyday Victorian life, Gaskell piles up the bodies to the point at which the last of them (Mr Bell’s) which ought to matter to the reader simply doesn’t; it is so obviously required to bring the plot to an Enter Stage Left, happy coincidence, conclusion. Earlier in the novel, it is only the dying and death of the working class girl Bessy, at the age of nineteen, which really cuts through (for this reader) and that perhaps because with the benefit of hindsight we know that it was the fate of many Victorian teenage girls to die old enough to know that they were being cheated of life and not at all old enough to tolerate the thought. Bessy does enjoy her father's love, but until she attracts Miss Hale's affection and care, Bessy has only the opium of the people to comfort her - and she is indeed fortunate in her knowledge of the Book of Revelations.

Towards the end, the chapters become thin and miscellaneous; the energy which infuses the earlier chapters is missing. It becomes irritating that through some editorial oversight (perpetuated into this modern edition) it is unclear whether “Cosmo” is the same character as “Sholto” and equally unclear how old this character is - if I was writing an essay on the novel I would try to chart the timeline for Cosmo/Sholto; my guess that it is inconsistent. It is also an irritation that though in this novel London is London and Southampton Southampton, Manchester is Milton-Northern (what? forerunner of Milton Keynes?) which in turn is located in Darkshire which is just toe-curling even by Victorian standards of suggestive names for characters and places. There is also, of course,  the extraordinary Victorian way of evoking characters through their facial features broken down into identikit components and at which Gaskell excels. But I can take only so many dilating pupils, quivering nostrils, and swans-neck, goose-neck (surely some mistake? - Ed.), delicate, alabaster …..throats. For my Gestalt taste, it's all too much like Mr and Ms Potato Head.