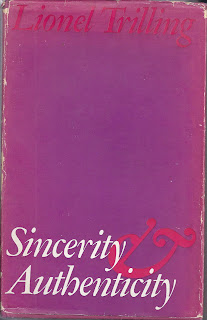 Leave aside state honours, like knighthoods, and the peak of an academic or artistic career is not a Professorship or even membership of a selective Academy (like the British Academy) but rather an invitation to give a series of lectures (say six or eight over the course of a term) at a top university, generously endowed and named for the specific purpose of securing willing acceptees. Since 1950, Oxford has appointed a John Locke lecturer to give lectures of the same name; since the 1920s, Harvard has had an annual Charles Eliot Norton Professor of Poetry. The BBCs Reith Lectures are the equivalent for a general audience.

When given in universities such performance lectures will be attended by many of  the lecturer's peers and by eager graduate students; sometimes the  hall will be full to overflowing. These are grand occasions on which the lecturer responds to and justifies his or her claim to fame. Very often, there shortly after appears the book of the series.

It is an effortless cultural survey, spanning four main countries, (England, France, Germany, the USA) and four centuries. Trilling shows that he has read the original sources; the main critical sources; and is in touch with what a new generation is saying (I was surprised to find the names not only of Sartre but also Lacan, R D Laing, Marcuse, Sarraute). He picks a theme designed to limit and unify his material, the linked ideas of sincerity and authenticity, and seeks to show how those  ideas emerged, developed, and transformed - and who were the writers who didn’t quite go with the flow:

"all bad poetry springs from genuine feeling";
“Man is least himself when he talks in his own person. Give him a mask and he will tell you the truth”
(Oscar Wilde, quoted at page 119)

The result is a traditional blend of cultural history and cultural criticism, all done with grace and humour. The book is very readable. I suspect Trilling’s brand of urbanity and ease is nowadays in shorter and less confident supply.