Essay:The White Review and The Lottery

My local convenience store is always busy, the queue for the check-out snaking back into the aisles. It’s a shop for poor people, of whom there are many in English south coast seaside towns. I don’t stand out very much: I’m old, male, pale and overweight. I don’t have a posh accent though even when I dress down my clothes are better than the standard cotton- and wool-free issue in a queue where you will also search in vain for colours which aren’t drab or, in the case of the trainers, white. Even the young migrants and refugees seem to get the message; they dress pretty much the same though clear skin and groomed hair does often mark them out. As does the fact that they are rarely overweight.

I can see from my position in the queue that poor people buy white bread, frozen pizzas, alcohol and tobacco. On the last two, they take a considerable tax hit. They take another hit when they buy the lottery tickets and scratch cards prominently displayed, another tax on the poor to provide a pot called Lottery Funding..

A recent business trip found me in one of those cupboards which pass as London hotel rooms, this one located conveniently for Euston station. I had a few hours to myself and wandered down through Bloomsbury and into the Contemporary Ceramics Centre, opposite the British Museum, which is the shopfront of the Craft Potters Association. I’ve liked studio pottery since the 1970s when I lived in Devon and every village had a craft potter. It was a cheap outing to visit the Free Admission studios and come away with a modestly priced pot. Nowadays, I go to the Ceramics Centre when I need a nice present for someone and, sometimes, just to treat myself. I checked and the Centre does not seem to attract Lottery funding; it’s just the national retail outlet for serious, self-employed studio potters with a prestige location opposite the British Museum.

Then I went round the corner to the London Review of Books shop where I like to browse and have tea and cake in the small café which is really too cramped to be a pleasure  - London rents again and a bit of a challenge for the overweight. The clientele is very well-dressed here, stylishly so, and they are thin.

I don’t hold it against the shop that when a couple of years ago I walked in proferring Sale or Return copies of my then-new book, The Best I Can Do (2016), the nice young man at the counter after handling a copy very gingerly, and without opening it, declared “It’s not really our sort of thing”: 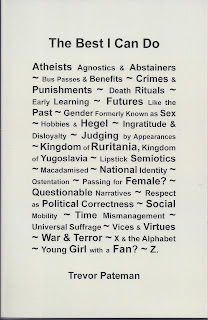 I had failed to realise that things have changed etc since the 1970s when I walked my first book into London bookshops and they happily relieved me of stacks of them: 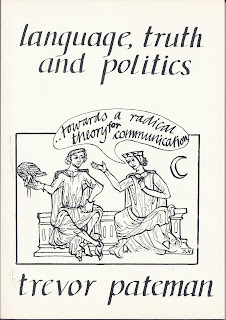 Browsing in the shop, I saw a copy of The White Review which looked rather nice at £12.99 for a couple of hundred pages and I thought I would be interested to read the opening round table discussion “On Universities”, a subject to which I return from time to time even though twenty years ago I quit universities for self-employment. I’d already come across a couple of favourable references to the magazine so I bought it, something to read later in my hotel cupboard.

On the back flap, the magazine claims to be a “space for a new generation to express itself, unconstrained by form, subject or genre” though not, of course, by generation. Then I went to the page of editorial details and found the little icon which tells you that it is Lottery funded through Arts Council England. It’s something the poor are paying for. 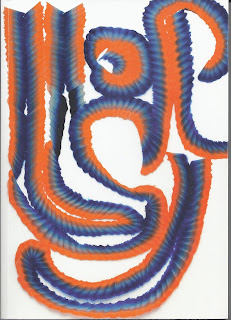 I headed to the Roundtable discussion “On Universities” What will the new generation have to say about them, I wonder?

Around the table, four people are talking about pensions. They are excited because recently they have been on strike, actually handing out leaflets on picket lines. About pensions. Their pensions. Their employers plan to replace what are called Final Salary or Defined Benefit pensions with pensions which are a function of contributions made but where the final value of the pension cannot be guaranteed. This has led them to strike.

Now I cannot think of a case of a teachers’ union or a university teachers’ union in this country striking over anything other than money. It’s one reason why I think that teachers and lecturers are a fairly materialistic bunch, which is not much more than to say that they generally  have middle class values focused around things like home ownership, schools which will give their children a leg up in the world, foreign holidays, lottery-subsidised theatre tickets - and pensions.

Many years ago as a university lecturer with strong leftist views I would not join the Association of University Teachers. To my way of thinking, I had a pleasant, taxpayer-funded job which had no great social utility but which left me with a lot of time to read, think and write – things which interested me, as did teaching though I rather doubted that anyone benefited much from that. To have joined an organisation dedicated to improving my own pay, to strike even - well, I would have needed a much stronger sense of entitlement than I possessed.

I have to declare that, despite this, I am now in receipt of a Defined Benefit pension, paid by the Universities Superannuation Scheme, and have been a beneficiary since I took early retirement at fifty. Equally, I can honestly say that I had no idea before that age of just how privileged I was. Thinking about my pension was not something I did. Now it seems that the  new generation thinks about pensions from the very beginning, and feels they have to.

I want to tell two stories.

There were lots of university jobs available in the 1960s and 1970s because of university expansion. Salaries were modest but I think there were plenty of applicants. I was sitting in a circle one day and a political comrade was telling us that he had just been interviewed for a job at LSE. He was scornful. They kept going on about pensions, he said. They even told me that there was a widow’s pension. Pause. I told them I didn’t yet have a widow in prospect. Laughter.

Between graduation aged 21 in 1968 and a university lecturer appointment in 1978 which became long term, I did one thing and then I did another. They did not add up to a career path. I had to go back to a Record of Work to complete the following chronological list of things done: two years as Ph D student in Philosophy, a grant supplemented by some teaching; one year as university temporary lecturer in philosophy; one year in Paris on a Leverhulme European studentship; one year as a Liberal Studies lecturer in a technical college; a few months as a British Film Institute research fellow in television studies; a few months being ill (hepatitis); working  as a waiter for a summer; one year teaching history and social studies in a comprehensive school; nine months as a youth and community worker; nine months writing and completing an M Phil dissertation, partly funded by part-time university teaching of political theory; a year as a senior lecturer in Communication Studies - the salary from that when added to my partner's big enough to secure us our first mortgage, aged thirty.

In this period, I also edited one book (Counter Course, Penguin Education 1972), wrote another (the Language, Truth and Politics of 1975) and published a small research monograph (Television and the February 1974 General Election).

One of the generally recognised positive features of not settling straight into a defined career path (and lots of people didn’t), was that every time you changed job you could TAKE OUT YOUR PENSION, all that money they had taken off you against your will and which you could now reclaim and use to pay down debts or go on holiday. It was wonderful. It’s only now, coming across the thinking of the new generation in The White Review, that I realise I should have been thinking of myself as belonging to some Precariat, not knowing where my next meal was coming from. I should have been afraid for the future and angry in the present. I am not quite convinced. I was young and making the most of it and I hope there are people still doing that. But let’s briefly look at what else the Roundtable can come up with “On Universities”.

The discussion goes off into a series of complaints about the marketization of higher education, the casualisation of labour, students as consumers, failures of diversity and equality policies, and quite a lot about sexual harassment. There is nothing about the curriculum, where maybe they think Problem Solved, and really only Beaumont tries to integrate the discussion into something resembling a theoretical discourse (in Beaumont’s case, broadly Marxist). Yaqoob takes the role of hands-on union representative.

I found the content unremarkable and conformist, except in interesting remarks made by Capildeo. Capildeo challenges the religious language of “vocation” but also says about sexual harassment that, in contrast to some other approaches,“a straight down the line witch hunt would be a progressive move”. In a context where Twitter is spoken of in positive terms - something quite new to me - (“It’s that thing of following the right people” - Charman), I hope that Capildeo is simply being provocative.

Two academics from Cambridge (Charman and Yaqoob), one from UCL (Beaumont), and Capildeo from Leeds didn’t come across overall as a strong university challenge team. Disappointing. I think the poor deserve better for their lottery tax.