Review: Blaine Harden, The Great Leader and the Fighter Pilot 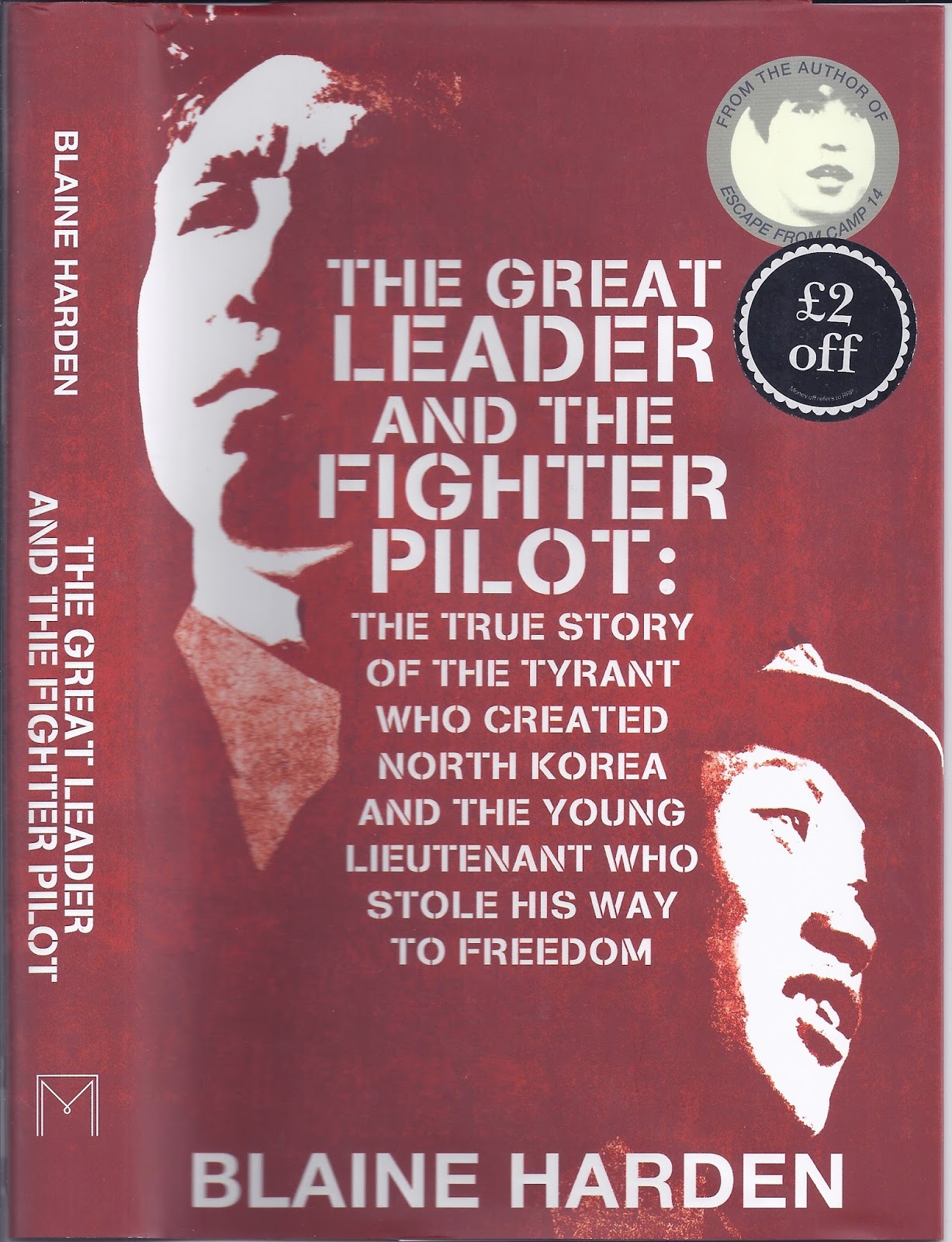 Books about North Korea are popular. The macabre theatre of the regime, aimed at Western audiences, fascinates us in a way which the nasty, brutish and short lives of its citizens never would.

And there is a general sense that, however awful, nothing can be done about North Korea. The regime is mad but so by now are the people. It's a Lose-Lose situation.

This readable book splices a history of the early years of North Korea's existence (say, 1945 - 1955) with the story of a North Korean jet fighter pilot who, shortly after the Armistice in the Korean War (1953) defected to the South flying his MiG. From take off to landing, it took him 17 minutes (page 180) but the defection had been meditated for several years. And it was in no way heroic. The pilot just imagined that life would be better in the USA than North Korea - where it might indeed have been suddenly terminal. With a family background closely connected to working with the Japanese Occupiers, you never knew.

The book is most interesting when it uses archival documents, some of them recently released, to document two things. First, the distrust and exasperation with which Kim Il Sung (the founder of the Kim dynasty) was held by his masters in Moscow and Beijing, and right from the start. Neither Stalin or Mao had any regard for him.He was very lucky to have survived and for so long - in the end, he probably did so because he could play off the two regimes during the later period of the Sino-Soviet conflict. As I read my newspapers, Chinese distrust and exasperation with the regime on its border continues to this day. Maybe Russian too - though President Putin has recently extended the hand of friendship to  Kim Jong Un.

Second, the dishonest and fairly incompetent handling by American agencies of No Kum Sok's defection - sufficiently so to cause some anxiety to President Eisenhower who didn't want half of what his agents, military and CIA, were giving him. And, ironically, having escaped from North Korea and its compulsory lies, the first thing the Americans asked of No Kum Sok was that he should lie about what he knew: When you are asked if you saw American planes operating over Chinese air space - the pilot had been based most of the time in China - you say that you didn't. Even though you did, daily.
Posted by trevor pateman at 08:27

Email ThisBlogThis!Share to TwitterShare to FacebookShare to Pinterest
Labels: Blaine Harden The Great Leader and the Fighter Pilot