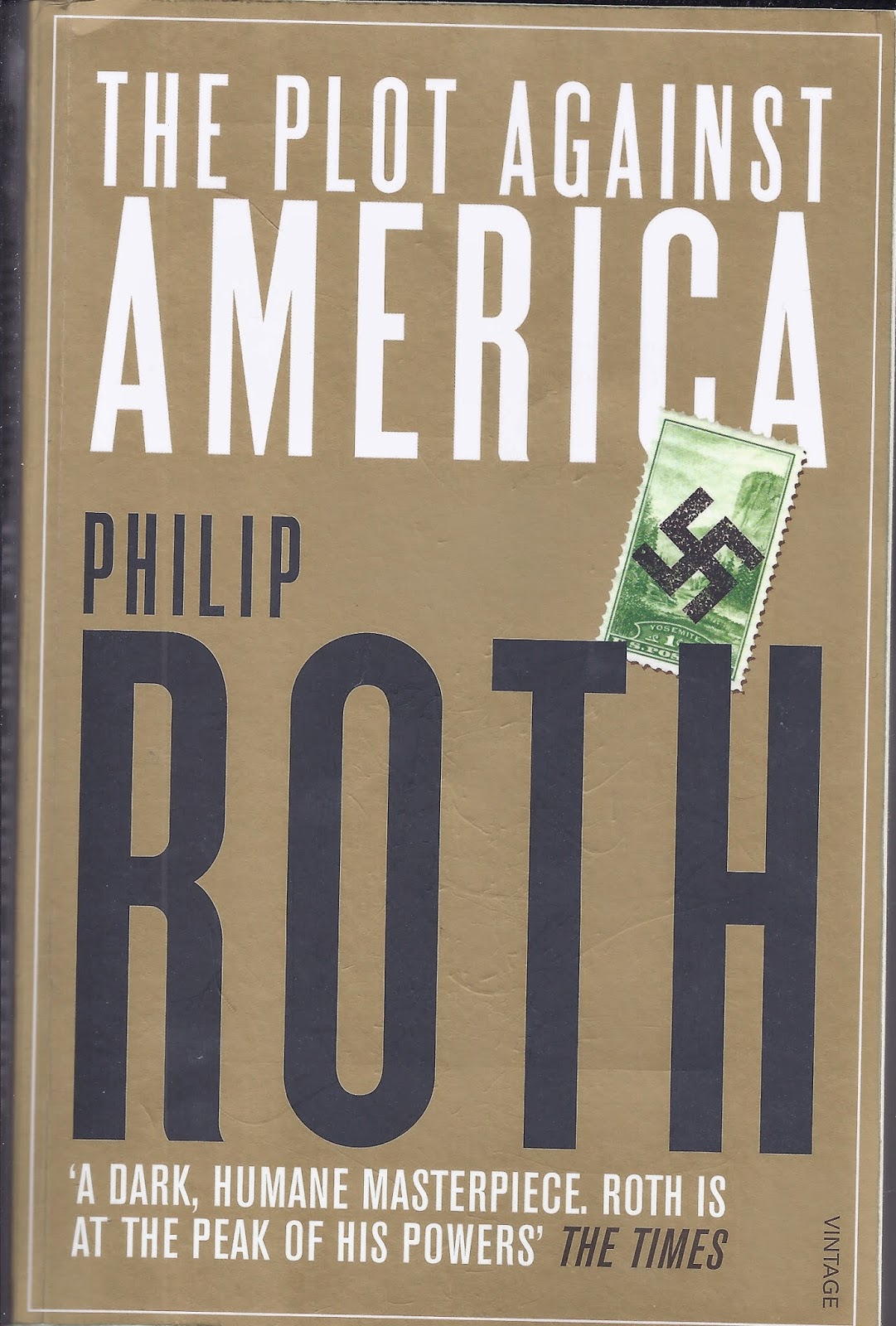 “What If?” historical novels and alternative histories are inevitably at risk of failure. The reason is very simple. We expect our stories based in everyday reality to be plausible – to possess verisimilitude. But a book which imagines what might have happened, what would have happened if history had been different, defies plausibility because all the time we are likely to be thinking, “Actually, it didn’t happen like that”.

Philip Roth makes a good shot at a counter-factual novel, imagining what would have happened if in the 1940 US Presidential election, Roosevelt had been defeated by a pro-Hitler Republican, a role for which he casts Charles Lindbergh, the pro-Nazi and anti-Jewish aviator.

But the novel works best when it is farthest away from the specific counter-factual reality he has constructed. So, for example, chapter 2 “Loudmouth Jew” builds up characteristic Roth tension on the basis of conflict erupting between diners in a restaurant because one table doesn’t like what the other is saying. It’s extremely well done but it is plausible, has verisimilitude, because it can be imagined by the reader as something which could occur independently of the overarching, counterfactual Lindbergh story.

The novel weakens in the last two chapters which almost seem to be in the wrong order. Chapter 8 tells us that Roosevelt gets back in to power in 1942 which brings to an end the open and growing anti-semitism triggered by the Lindbergh regime. But then chapter 9 takes us back again to the Lindbergh period. I don’t think this works; it tries to bring back the tension after the tension has been defused.

Worse, at the beginning of chapter 8 (page 290), there is either a typographical error or a howler in the editing which allows us to know – just as things are going from bad to worse -  that there is after all going to be some kind of happy ending: we are casually thrown forward to 1960 and the at least tolerable fate of one of the book’s main and most troubled characters, Alvin. Did nobody pick up the mistake here? There is no other fast forward to a date as late as 1960 anywhere else in the book.

To counter-balance these critical remarks, I thought the book's main characters are interestingly cast in shades of grey, with personality traits which in one context seem admirable and then in another context become questionable. They also change under the pressure of circumstances in ways which defy simple morality tales.
Posted by trevor pateman at 04:48

Email ThisBlogThis!Share to TwitterShare to FacebookShare to Pinterest
Labels: Philip Roth The Plot Against America