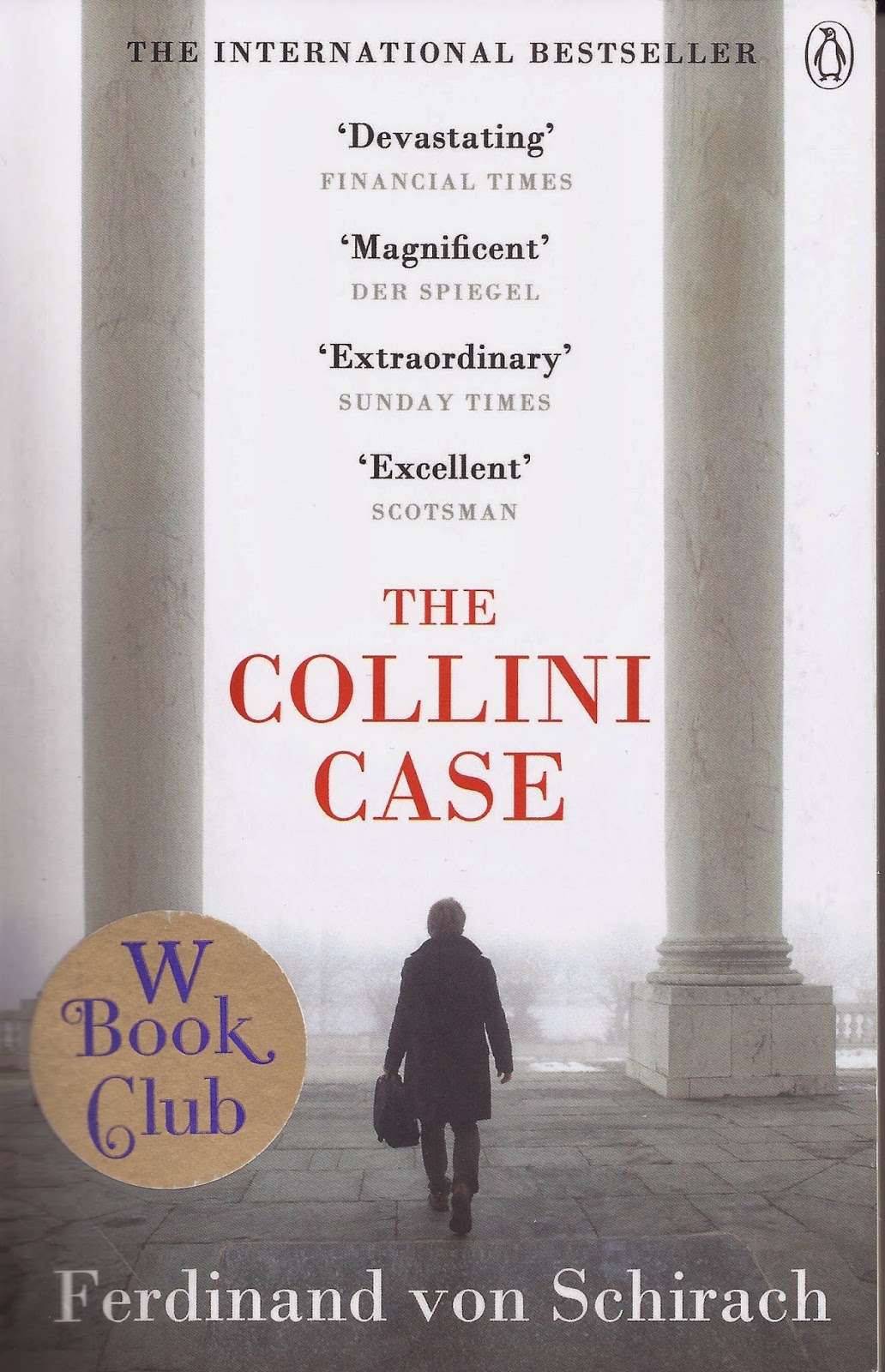 I read this short and big-print novel at a single sitting, so that’s a recommendation. Yet the style is set at a sort of degree zero of plainness, slipping occasionally into pedantry. The structure is that of a murder mystery – the killer is known but not his motive. There is an (obstructed) quest for truth  by a youthful hero; there is a Helper; a court-room trial of strength; and a hint of a happy and romantic ending. As I write that summary, I realise I am  describing it as a Fairy Story or Folk Tale. You could probably bring Vladimir Propp to its structural analysis.

But it’s subject matter could not be more serious. It is a Roman à Thèse which culminates by demonstrating a weakness in the (real world) criminal code of the Federal Republic of Germany, a weakness due specifically to a seemingly innocuous amendment, inserted administratively in 1968 by a former prominent Nazi lawyer (Dr Eduard Dreher). The effect was to pull the rug from under a large number of ongoing investigations into Nazi war criminals by extending the scope of a statute of limitations.
Von Schirach happens to be a lawyer in real life and uses the novel to dramatise these consequences.

From a note annexed to von Schirach’s book (page 189 ), his novel has been added into an ongoing official review of  the 1968 amendment and related matters. In another book I reviewed here recently, Beorn’s Marching into Darkness, there is a discussion of  the same topic (in Chapter Nine, Endgame).

I haven’t looked at the German original. English readers will probably miss the clue to the murder mystery provided by the first occurrence of the word “Ludwigsburg” (p 110) – home to the Federal German centre for investigating Nazi war crimes – but apart from that, this book is probably as accessible to the English reader as it is to the German.

It is a separate topic, but it is interesting to look at this novel as an example of the thoroughness with which younger Germans (von Schirach was born in 1964) are willing to think about the Nazi past. It is a way of thinking I don't think one sees in Russia, thinking about Stalinism, or France, thinking about its own Nazism.