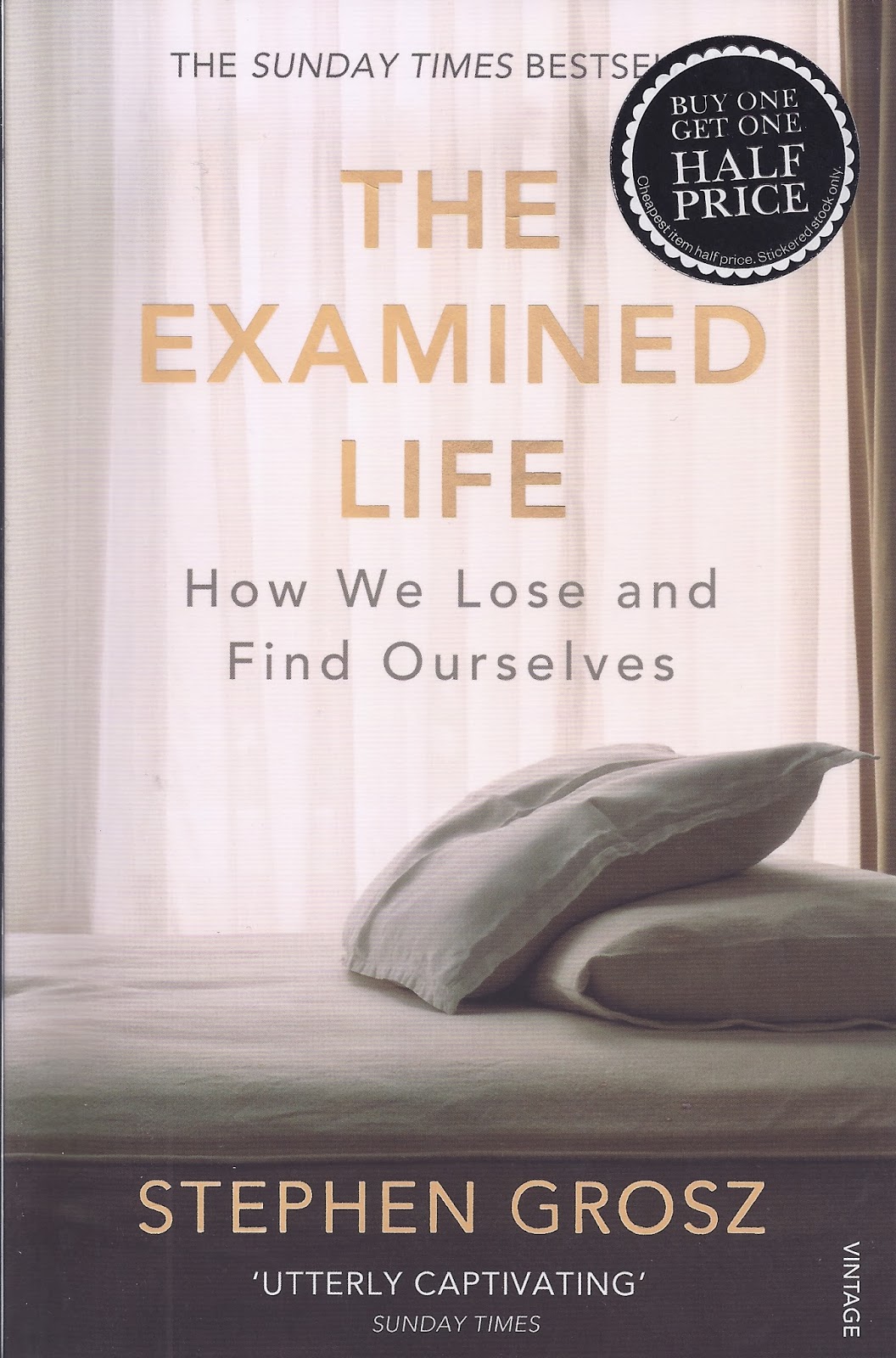 Stephen Grosz begins this book by telling us that for twenty five years he has worked as a psychoanalyst, spending more than 50,000 hours with patients. I calculated:  that's 2000 hours a year which implies 40 hours a week, 50 weeks of the year. He's working too hard.

He has lots of stories to tell and each of the thirty plus short chapters is a well-crafted vignette of encounters with patients, mostly in private practice in London and making use of the traditional Freudian couch. The text is double spaced which means you turn pages quickly and finish in a few hours.

All the stories are readable and some - especially those which deal with serious illness and dying - are moving.

I think that broadly Freudian psychoanalytic theory is the best of the bunch, despite attempts by some of its adherents to make of it a cult (their own) rather than the theoretical basis of a regime of treatment. Many of the criticisms are misguided. In particular, critics fail to realise that all theories are undetermined by data - another theory will always fit the same data - which does not mean that theories are useless or that none are better than others. The weak point in Freudianism is not the theory but whether a curative therapeutic practice can be founded on it - on that, there is reason to doubt.

One of the most challenging stories in the book (pp 158 - 165) concerns a young boy (seen in a public health service context) who eventually puts it to the analyst that his brain doesn't work - not like other people's - and says that it's sad. And all the analyst can do is agree, "Yes, it is really, really sad" (page 165)

For me, the strong point in Freudianism has always been the theory of dreams and the possibility which arises from that of using them diagnostically and therapeutically. So illiterate have we become that some people think that Freud's dream theory is a theory of dream symbols when it starts out, quite explicitly,  to demolish the dream symbol approach and replace it with one which argues that meaning is created in a context - and that the key context for a dream is the events of the recent past (in the strictest theory, the previous day). So you do not look up a Symbol in a Dream Book which tells you what it Stands For - no, you lead your patient back to the recent past and link the Unicorn in the dream to some event,some conversation, some book recently read and work from that link.

As you read Grosz's vignettes, you see him constantly probing for a context not only for dreams but for all symptoms and odd behaviours. Only when you find their context do they begin to yield up their meaning. In particular, he looks for a context where something otherwise bizarre makes sense as a way of achieving satisfaction or avoiding a feared outcome or as indirect acknowledgment of something known but not acknowledged.