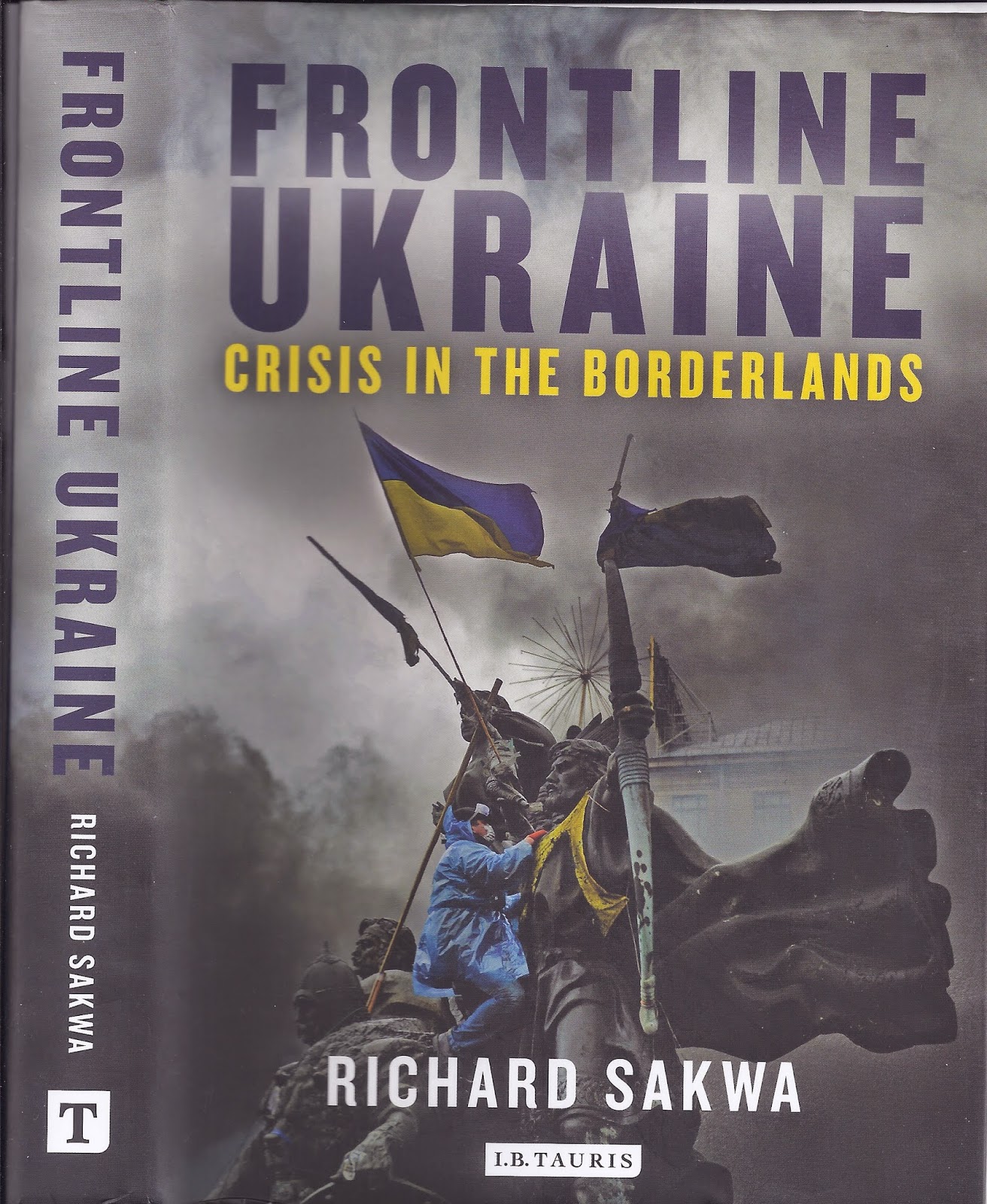 This is an unsatisfactory book. Described by the publishers as "The Authoritative Account of the Ukrainian Conflict" it is no such thing. It is a review of news reports and academic discussions, informed by a perspective sympathetic to Russia. The author has made no visits, conducted no interviews and throws no new light on disputed topics like the shooting down of MH 117. There is a lack of detail - generalisations are frequently repeated but few concrete situations are described in a way which would allow one to say "Ah ha!" and see what the Ukrainian conflict means on the ground in Ukraine.

In some areas, it deepened the understanding I had gleaned from reading newspapers. Sakwa does have interesting things to say about the weakness and corruption of the Ukrainian state apparatus which since 1991 has simply failed to deliver a better future for Ukrainians. He does bring out the continuing role of Ukraine's oligarchs - unlike those in Russia, the power they acquired in the free-for-all of the 1990s has not been curbed by the state. President Poroshenko is himself one of the oligarchs ("The Chocolate King"). And Sakwa draws justified attention to the dark side of Ukrainian nationalism with its roots in the racism and fascism of the 1920s and 1930s.

Having no future, and scarred by the past, too many Ukrainians look back - the heroes, the myths, the banners - all of which are simply unhelpful in solving any actual problems which Ukraine faces. They are not alone - in Hungary, Poland, Slovakia, Austria .... there are plenty of people living in the past and dreaming of an unpleasant future for their neighbours.

The United States, perhaps unduly influenced by the Ukrainian diaspora, simply doesn't see - or doesn't care about - the dark side of the people it has promoted to power. Not for the first time, the US has been fooled by people who know that if you say "Freedom and Democracy" or "NATO" then America will not enquire too closely into your credentials. It happened in Iraq and it is happening in Ukraine.

On the language question, Sakwa adopts the right position against the language nationalists and language purists who want to impose Ukrainian everywhere but has little detail on how Ukrainians actually communicate with each other. It's compressed into half a page on page 10. At the very least, there should have been more discussion of the role of Surzhyk (a Russian - Ukrainian language mix) and whether it has any future as a lingua franca - I don't know the answer to that question and I would like someone to tell me. The imposition of state languages on sometimes reluctant populations has sometimes worked (France, Israel) but often fails (Republic of Ireland with its Gaelic fantasies, Wales with a resistant population which eventually forced the British state into acceptance of bi-lingualism)

In Ukraine, the language conflict is caught up with economic and political issues. In 1991, the Donbas (and even Crimea) voted for Ukrainian independence. The Donbas is now in revolt because the Ukrainian state, in over 20 years of corrupt existence, has not delivered a future to its population.