Review: Eugene Rogan, The Fall of the Ottomans 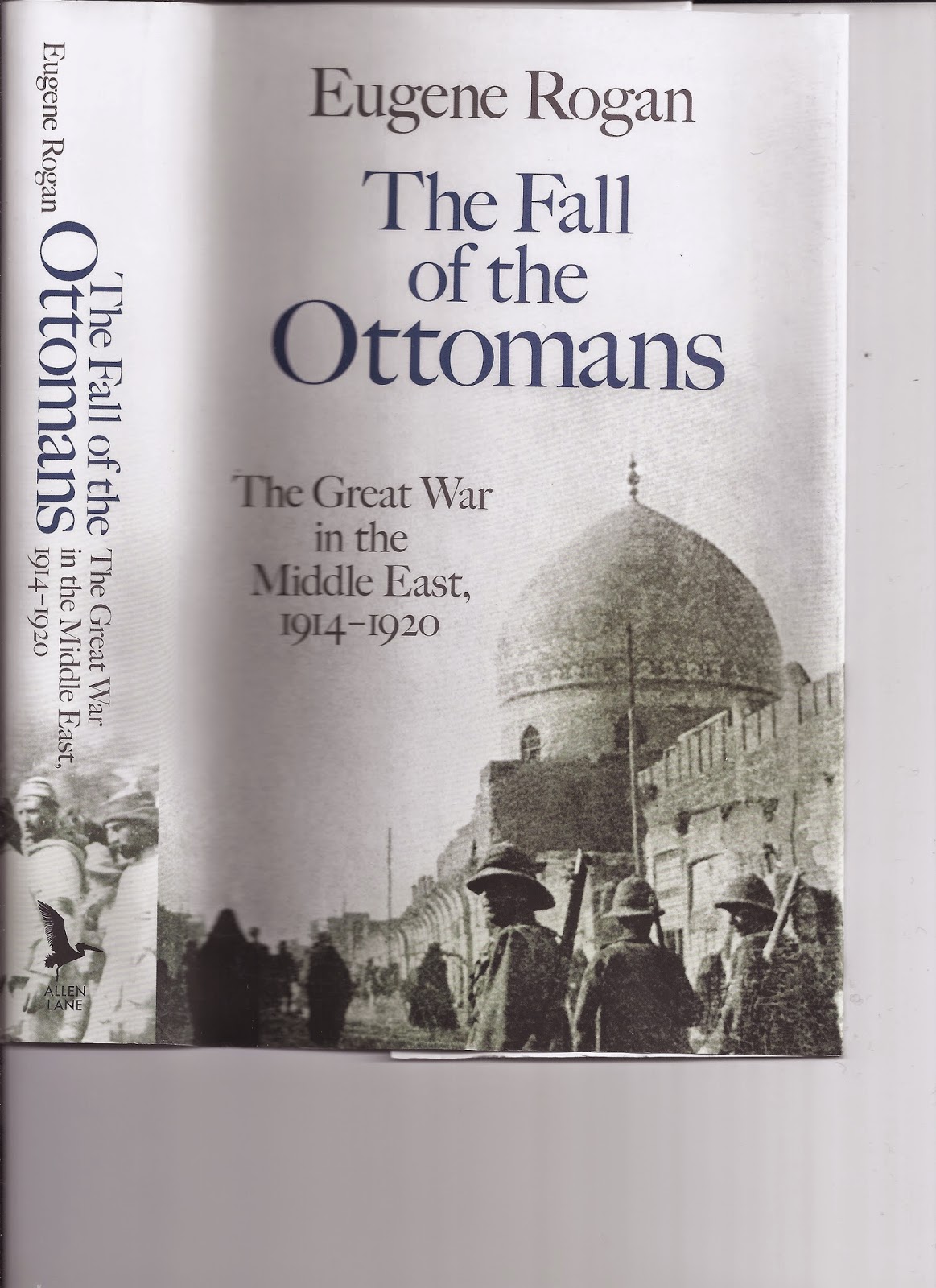 I wanted to read this book and did so, cover to cover, but I found it rather disappointing. It's very much a conventional military history of battles fought, seen from our side and theirs (as one would nowadays expect). There are lots of these battles, mostly involving the Brits and their colonial troops, taking place and taking their toll from Gallipoli in the West to the Hijaz in the East. The slaughter is not so massive as on the Western Front, though there is plenty of casual cruelty running alongside. And on a much larger and more horrific scale, there is the Armenian genocide, which Rogan explains in terms of the Turks' image of the Armenians as a Russian Fifth Column in the Anatolian heartland. Rogan is interesting when he points out that the main details of the genocide have been in the public domain since 1919 when the new Turkish government tried and condemned its main instigators.

When he moves outside military history, Rogan paints a sorry tale of the callousness and perfidy of the Allies in their pursuit of Imperial ambitions, secretly carving up Ottoman territory between themselves (Sykes-Picot and so on), making promises to the Zionists (the Balfour Declaration) and misleading Arab nationalists about their true intentions as they enlisted them as expendable temporary allies.

I would have welcomed more on the emergence of Turkish identity as the successor to Ottoman identity - after all the period he writes about was dominated by the "Young Turks" not the Sultan and Caliph. Rogan portrays the Ottomans as pursuing an essentially defensive policy - which they were, surrounded as they were by sharks - but there must have been some in Constantinople thinking beyond that.

Email ThisBlogThis!Share to TwitterShare to FacebookShare to Pinterest
Labels: Eugene Rogan The Fall of the Ottomans