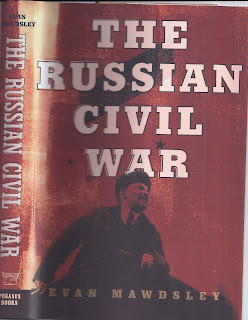 As for Mawdsley's judgements, I found  most interesting the idea (picked up from Roy Medvedev) that had the Bolsheviks not introduced their Maximalist programme, but instead adopted something like the 1921 New Economic Policy back in 1918 and at the same time accepted the strength of the SRs [Socialist Revolutionaries] in rural areas, then they could have secured overwhelming popular support and much reduced the miseries of both the Civil War and of War Communism.
Posted by trevor pateman at 02:16