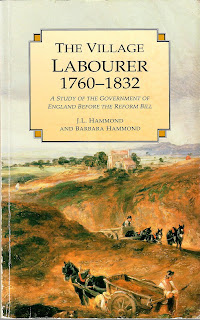 There is something to be said for old fashioned historical prose, the sort which was written before the university institutionalisation of History. This powerfully written book dates from 1911 and has been more or less continuously in print ever since. It’s very readable and, indeed, moving.

One of the small ironies of such old works is that even when Radical and of great potential interest to a self-educating reader, they nonetheless assume a knowledge of French and Latin (though never German) of which the reader may be ignorant. The very first four lines of this book are in French - a quotation from de Tocqueville. The great radical R H Tawney had the same habit as the Hammonds. They did not quite escape from the assumptions of their class.

The Hammonds have a very clear story line and argument, supported by extensive quotations from their primary sources among which they (interestingly) include novels of the period. The old English aristocratic ruling class comes out of it very badly, the Church of England very very badly: in 1810 a Bill to remove the death penalty for shoplifting items below the value of five shillings passed in the Commons but was rejected by the Lords, the Archbishop of Canterbury and six other Lords Spiritual - six bishops of the Church of England - lending their support to the rejection (page 204) - and that’s just for starters.

At various points I was struck by similarities to the way we provide today for the poor. Though we do now have a minimum wage - an idea familiar and sometimes acted upon as far back as the sixteenth century - we also have all those kinds of income support which in the  18th and 19th centuries helped keep down wages and made swathes of the population dependent on public relief to the advantage of employers and rent-receivers. The Speenhamland system may have gone but we still have its legacy, for example, in the willingness of governments to pay private rents for poor tenants, thus keeping up the level of rent in a way deemed very acceptable to landlords. That a better idea might be to build more homes is not one that we have often acted upon, though Harold Macmillan in the 1950s famously did.

Like many English people, I can trace lines of descent through the agricultural labourers of southern England who are centre stage in this book. Those labourers did leave a record in their certificates of birth, marriage, and death but in very little else apart from the names they passed on. I read this book to fill out the picture and found much more of interest than I had expected.

Posted by Trevor Pateman at 05:06 No comments: 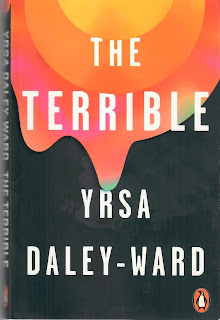 Posted by Trevor Pateman at 12:18 No comments: