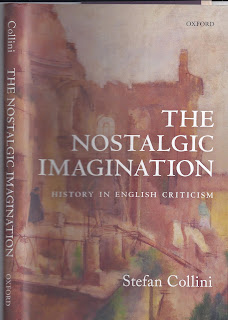 Posted by Trevor Pateman at 12:29 No comments:

Olga Tokarczuk, two of whose books have been reviewed previously on this Blog in their English translations published by Fitzcarraldo, has just been awarded the Nobel Prize for Literature. Here is an essay spun off from her work which I include in my book of essays, Between Remembering and Forgetting (published 15 February 2020):

The Polish writer Olga Tokarczuk loves obscure facts and strange little stories which are not just the stuff of competitive quizzes but capable of setting our minds racing. Thus at page 109 in the English translation of her novel Flights, she tells us that

The shortest war in history was waged between Zanzibar and England in 1896, lasting thirty-eight minutes.

If that yields a smile, it is because we discover that we have always sort of assumed that, well, wars - properly speaking - are the sort of thing that have to last a bit longer. How much longer? Well, we have never actually considered that question and right now we don’t have a definite answer. Nonetheless, thirty-eight minutes, no, that’s not long enough. How can you start and finish a war in thirty-eight minutes? Wikipedia tells us that you can:

The ultimatum expired at 09:00 East Africa Time (EAT) on 27 August, by which time the British had gathered three cruisers, two gunboats, 150 marines and sailors, and 900 Zanzibaris in the harbour area…. Around 2,800 Zanzibaris defended the palace; most were recruited from the civilian population, but they also included the sultan's palace guard and several hundred of his servants and slaves. The defenders had several artillery pieces and machine guns, which were set in front of the palace sighted at the British ships. A bombardment, opened at 09:02, set the palace on fire and disabled the defending artillery. A small naval action took place, with the British sinking the Zanzibari royal yacht  HHS Glasgow  and two smaller vessels, and some shots were fired ineffectually at the pro-British Zanzibari troops as they approached the palace. The flag at the palace was shot down and fire ceased at 09:40.
The sultan's forces sustained roughly 500 casualties, while only one British sailor was injured….The war marked the end of the Zanzibar Sultanate as a sovereign state and the start of a period of heavy British influence.

No doubt about it: a proper war with a bombardment for a beginning, a casualty-strewn middle, and victory for British imperialism at the end.

But my mind is still racing. Thirty-eight minutes. Can you be in love for thirty-eight minutes? Can you mourn for thirty-eight minutes? These are also things which happen in time, in real time, and which have duration so it must be possible to say something about that duration. You fall in love with someone and later you fall out of love, that is normal; but if it is love must not some time elapse before the second can follow the first? Make the time too short and you have a passing infatuation or simply the hots. We have words to describe such short-lived states. The same for mourning. In thirty-eight minutes you can be upset and then stop being upset, but you can’t really mourn, can you? Wittgenstein thought about such problems:

What is a deep feeling? Could someone have a feeling of ardent love or hope for one second - no matter what preceded or followed this second …. The surroundings give it [the feeling - TP] its importance. (Philosophical Investigations, para. 583)

To understand what he is getting at, think of negligence. It isn’t a state of mind, like forgetfulness. A plane comes in to land and the pilot forgets to lower the undercarriage; the plane crashes. Those “surroundings” turn the pilot’s forgetfulness into negligence.

Now look at things another way. Love and mourning are sometimes unending. There are people who marry, live together for sixty years or more, and who still describe themselves as in love with each other. It’s very rare, but the newspapers tell us that such enduring love does happen – but of course, rarely, in the same way that it is rare to live to be older than a hundred.

Some people never stop mourning a loss, but in that case we are less likely to admire and more likely to introduce a new word, melancholy, to describe what has happened. In the middle of the carnage of the First World War, Freud wrote his Mourning and Melancholia which distinguishes the two states, with the one treated as normal and the other as pathological. But the difference was already well-established and the anatomy of melancholy well-understood. A melancholy disposition is just about tolerable in a person, though we may wish sometimes that they would snap out of it, but full-blown and life-long melancholy is something we cannot accommodate. Miss Havisham, jilted at the altar and wearing her wedding dress for the rest of her life, is not an admirable character.

I have deferred the question. How long must it last for it to be love or mourning? We have some vague notions which relate to our sense of the human scale of things. A week in politics is a long time, but a week in love surely not. And if your husband or wife dies, it is offensive to some sense of - what? decorum?- that you should re-marry before a certain period has elapsed. If you do, it suggests that you did not love the person who died or that you do not love the new person you are marrying. Either way, or both, it suggests that you are rather too concerned with your own creature comforts. So there is a moral dimension involved in our assessment.

Unfortunately, there is no Wikipedia page to tell us the story of the shortest love in history or the briefest of sincere mourning. The internet can tell you how many seconds it takes to fall in love (four is popular), for how long the  Roman Catholic church expects you to mourn a loss, and much more besides. But that still doesn’t answer the question, How long must it last, at a minimum?

This material is now included in my  book Between Remembering and Forgetting (degree zero 2020) available from Amazon, Waterstones, and other booksellers -  but also from me in case of difficulty and should you want a signed copy: patemantrevor@gmail.com

Posted by Trevor Pateman at 23:09 No comments: