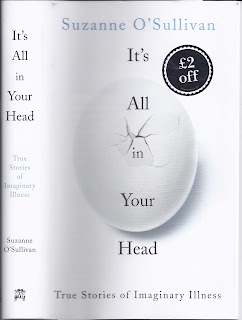 Posted by trevor pateman at 02:10 No comments:

It was Carmen Callil who made me go out and buy a Philip Roth. When she resigned as a judge for the Man Booker International Prize, just awarded to Philip Roth, she complained that all his books were the same. Well, I thought, then I only have to read one.

I bought The Human Stain, on table display locally, and thereby plugged a gap in my reading. I had now read all of Philip Roth. I could see Carmen Callil's real issue. He's an all-American Male Writer. He's not doing polite fiction, he's doing a bar room brawl.

Unfortunately, I did enjoy the book, even when it punched me in the gut: there's a scene where, as part of his rehab, a traumatised Vietnam veteran - one of the principal characters - is taken to a Chinese restaurant to sit down and eat a meal. It's a long, drawn-out passage and reading it is like watching a horror movie. In a Creative Writing class you could use it as a model of craftsmanship.

I went out and bought another Roth, Portnoy's Complaint, a book I could have read at any time in the past forty years but hadn't.

In the second half of my University career, I drifted into teaching Creative Writing. There was a demand for it, people would pay (if you gave them an MA), and I could do it well enough. The basic formula is that you sit around and people read excerpts from their work in progress - or they pre-circulate it - and everyone joins in to comment. It was certainly easier than the foundations of linguistics.

The main source of anxiety in the Creative Writing class is that some (male) student will produce his equivalent of Portnoy's Complaint. And though I can sit and laugh heartily here at home, my toes would curl if someone did it (as they occasionally did) in a CW class. The atmosphere is just too polite, too politically correct and too feminine. At worst, it's Sunday School.

But I don't think it was just me. Portnoy's Complaint could not come out of a nice CW class and that, I think, is probably Carmen Callil's problem with Roth. But if so, I think it is the CW class which has to go, not Roth or Roth's genre of writing.

Reblogged from www.trevorpatemanblog.com where it first appeared on 29 June 2011
Posted by trevor pateman at 08:30 No comments: